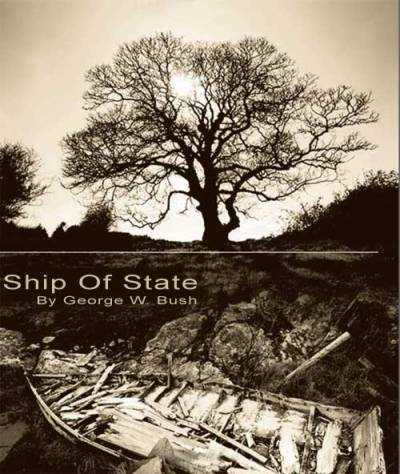 Random thought -- I'd recommend that Bush's prison cell be padded.

President Bush went to Congress Thursday to rally the Republican members and pump them up for November. He really wants to get the feel for Capitol Hill. If the Republicans don't win he's going to spend the next two years testifying up there.-- Argus Hamilton, comedian

"The only reason I'm there is to shine a spotlight on those people who are making those decisions, so that they have to do them under a white hot glare," Clooney said in a speech to the Security Council Thursday.

Republican Rep. Katherine Harris missed 13 of the 14 votes cast in the House of Representatives between her victory in Florida's Sept. 5 primary and Wednesday evening.

Her opponent in the November general election, Sen. Bill Nelson, hasn't missed a single vote in that chamber, including votes cast the day of the primary. 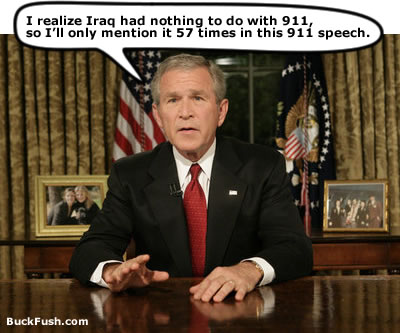 In his speech to the nation, President Bush called for unity among all Americans -- unless, of course, you're gay, a Democrat or you live in a blue state.-- Jay Leno 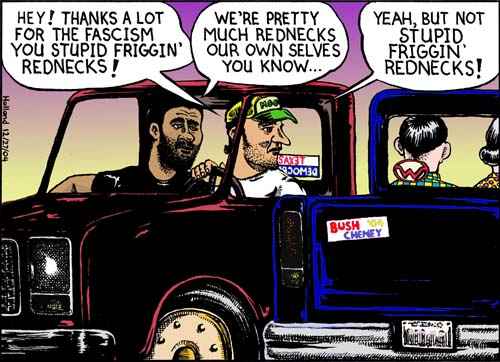 My father was a newsman. He worked in radio news, that was what put food on our table when I was a kid. Unlike most American households, which watch TV over dinner, we talked about what was going on in the world.

It's much more of a European way to do things. In the rest of the world, people sit in cafes, and they talk, and the kids are not idiots. They know what's going on because they hear their parents talk.

I note with sadness that your site's namesake passed yesterday. Ann Richards died, and we are all poorer for her loss.

"All hat, no cattle"
"He can't help it. He was born with a silver foot in his mouth"
"This is what a REAL Texas accent sounds like"

May she continue to kick up a fuss in wherever her personal heaven might be.

Today we lost one true Texas treasure, Ann Richards. She was right in calling the fake Texan a jerk during their campaign here in Texas. We should be lucky to see
another lady like her in our lifetime! As a native Texan I am really sorry about what our
state did to the rest of the country by helping to send the moron to Washington. I sent
a very small contribution to your site reason it was so small is that I am suffering from the great economic times and super tax cut put forth by the W. Hope you will check out Google and do a search for the word failure, the first entry will amuse you!

Ann Richards left a wonderful legacy in Texas. I miss her already.

Who will ever be able to replace her politics and humor?

"Something else I've learned about Secretary Rice is she loves the cool Atlantic breezes here in Nova Scotia, and she left the window open last night." --Canadian Foreign Minister Peter MacKay, fueling speculation that the two are having a love affair 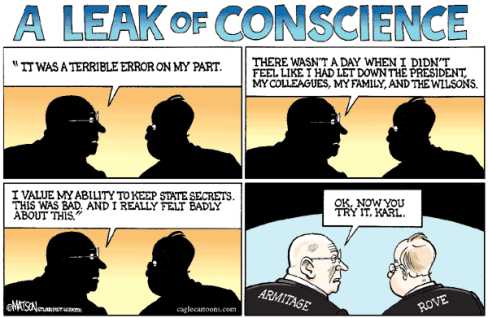 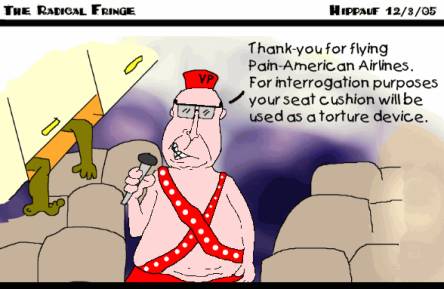 The President is said to be "tortured" over his failure to be able to mistreat detainees. --  Grant Gerver

If I were running for President, you can bet that I'd want Bill Clinton as my spouse -- even if it meant a change in sexual orientation! He's good at everything. -- Former Sen. Bob Kerrey (D-NE) 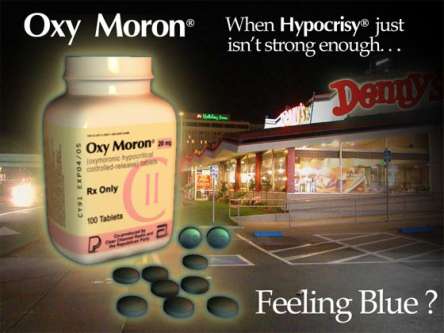 Women can't get mad at men for not noticing their new handbag. Yes, I'm sure it matches your shoes. I just don't care, because I'm not gay. You want to buy an accessory that we'll really notice? Try fake tits.-- Bill Maher

In this photo released by Seekers-Malaysia, its member Gates looks at the plaster cast what is believed to be Bigfoot footprint on Feb. 21, 2006 in Malaysia. The group of Malaysian ghost hunters who claim to have a footprint mould of the mythical 'Bigfoot' creature said Friday, Sept. 15, 2006 they intend to sell it to raise funds for their next project, determining if three mummified ghoul-like dolls are real. (Photo/Seekers-Malaysia)