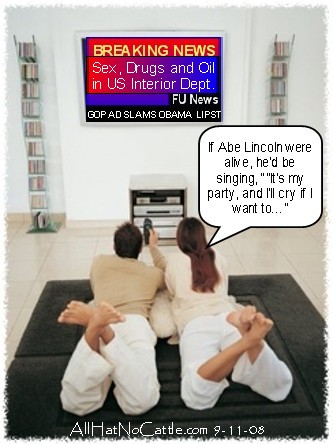 Sex, drugs and oil? Republicans sure don't have boring scandals.

Warning that the United States could lose the war in Afghanistan, the chairman of the Joint Chiefs of Staff announced Wednesday that he'd ordered a "more comprehensive" strategy there to address the growing cross-border insurgency.

Well, as you know, the presidential campaign is coming down to one very important issue — putting makeup on farm animals. That seems to be where we’re at.- Jay Leno 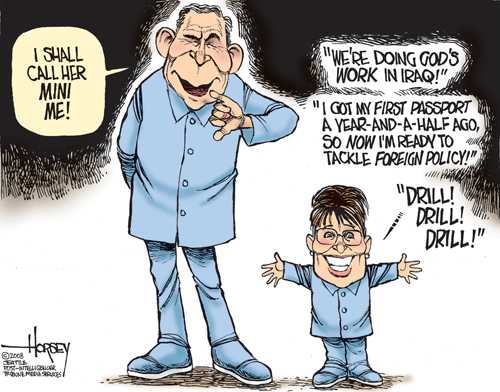 A pollster whose mathematical model has correctly predicted every winner of the White House popular vote since 1988 is banking on a decisive victory for Democrat Barack Obama in November.

The Bridge to Nowhere Sarah Palin

Longtime U.S. Republican Sen. Ted Stevens of Alaska lost a bid on Wednesday to dismiss the corruption charges against him, a ruling that clears the way for his trial to start in 12 days.

Oh, this is so stupid. Did you hear about this? Yesterday, Barack Obama attacked John McCain’s policies, implying it’s more of the same by saying, “You can put lipstick on a pig, but it’s still a pig.” Well, now McCain is demanding an apology. Do you believe two U.S. Senators arguing over lipstick? And neither one of them is Larry Craig.- Jay Leno 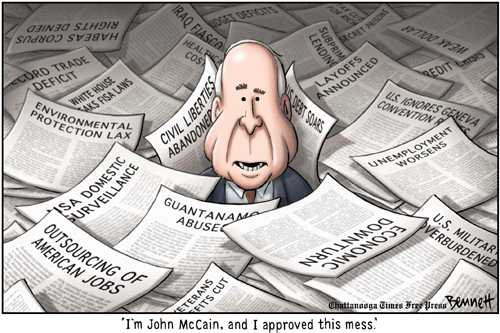 Well, it’s a very strange political campaign. I mean, out on the campaign trail, John McCain and Sarah Palin are talking about how they stood up to the Republican Party, they fought the Republican establishment, and they battled Republicans. Their message — vote Republican. I don’t quite understand how that works.- Jay Leno 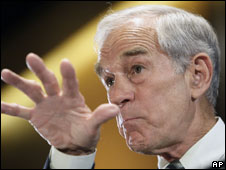 Meanwhile Back To Fundraising

A Silicon Valley billionaire is playing Oprah to Sarah Palin's Obama, hosting the Alaska governor at what will likely be a must-attend fundraiser for Republicans later this month. And as was true when Oprah Winfey feted Barack Obama at her 42-acre estate in Montecito last September, getting in to software magnate Thomas Siebel's shindig on the 25th won't be cheap.

The Associated Press is reporting that for $50,000, contributors become co-chairs of the event, with access to a reception for six people, a couple of seats at the nominee's table, a table for 10 at a lunch and a photo op with Palin. Mere mortals who are invited can cough up $1,000 for a ticket. (Actually this is cheaper than the Obama affair; admission to Oprah's retreat, which she calls "The Promised Land" came with a $2,300 campaign contribution).

Here’s the REAL ‘Pig in Lipstick’

Something is bothering me. Following a primary as heated as the one we just completed, how for a minute could Obama pick anyone but Hillary Clinton?

Some how I just have my suspicions that Hillary turned down the VP position. She has some pretty strong ambitions and with a weakened Obama, would that not improve her chances for the top slot next time?

God help us and I hope that this is not the case. My wife and I were both strong Hillary supporters, but I care much more about our individual rights and freedoms, which could very well be in dire jeopardy if John McCain were elected President. I hope that no candidate is ever so selfish as to put themselves ahead of what is best for the party.

Thanks for writing, David.

I agree with most you say except I think Hillary would have loved to be the first female VP.

Obama needs to address why he is losing voters to McCain, pre and post Palin. This hope thing can carry him only so far.

As a Democrat I was shocked Obama chose to turn down an easy transition to 18 million Hillary supporters and instead chose the harder path.

One young, pro-choice, die hard Hillary supporter wrote me and said, "What makes Obama think he automatically deserves my vote. I have yet to vote for anyone that didn't earn my vote."

I emailed her back that McCain/Palin presidency would force children of incest to be born, of rape victims, unhealthy pregnant women would die and back alley abortions would flourish. There's not enough lipstick to cover that fact up.

The bottom line is there are still many unhappy Democrats and I wish Obama didn't ignore the wishes of half the Democrats. But he did and look what we got out of it -- St Sarah of the Snowshoes! McCain sealed the faction of the party he needed, the Christian right. Obama chose Biden and America barely noticed.

The upside is the comedy Sarah Palin is providing is priceless.

All kidding aside, I hope St Sarah steps on her tongue in the next 50+ days and Obama is a shoe in. 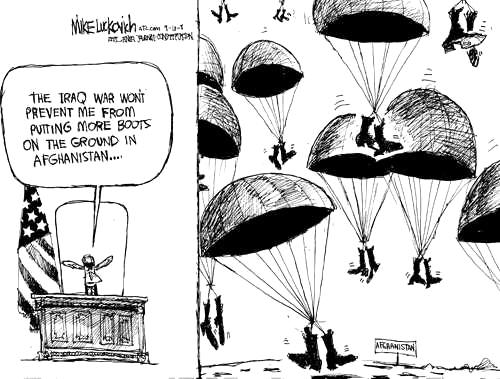 Dick Cheney told reporters this week there’s no reason why Sarah Palin cannot be a successful vice president in the McCain administration. In fact, not only can she shoot a lawyer in the face, she can field dress him as well. - Jay Leno 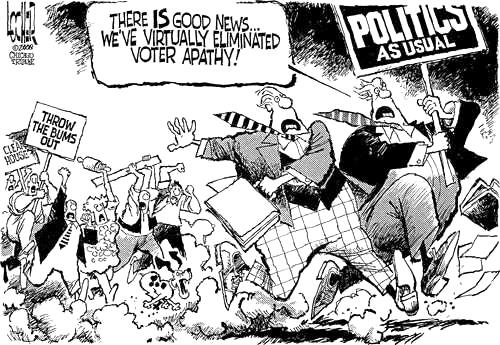 Boy, did you hear about this? Rumors coming out of North Korea that dictator Kim Jong Il may be…really sick or dead. Now, if that’s true, North Korea will now be ruled by Kim Jong Il’s brother, Mentally Il. - David Letterman

The police minister in Australia's most populous state was forced to quit on Thursday over reports he "dirty danced" in underwear over the chest of a female colleague in a drunken late-night office party. 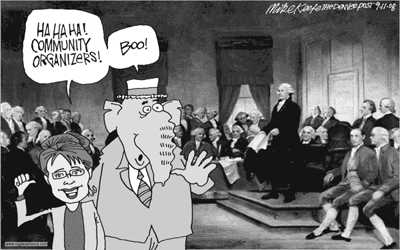 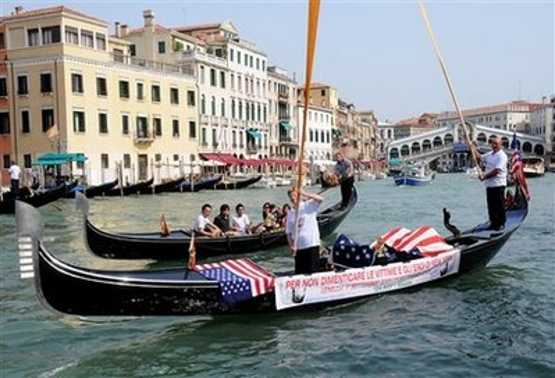 Venetian gondolier Vittorio Orio, right with white t-shirt, and his wife, in white t-shirt at center, raise their oars as a tribute to the victims of the Sept. 11 terrorist attacks, on their gondola draped with American flags, in Venice on the Grand Canal, northern Italy, Thursday Sept. 11, 2008. Banner in white says: 'Not to forget the victims and heroes of New York.'
Photo/Luigi Costantini