No movie theaters in Saudi Arabia?  That explains a lot.

"We find out that the information that they're using to raise the terror alert thing is four years old. It's four years old! Apparently President Bush just got around to reading it."  David Letterman 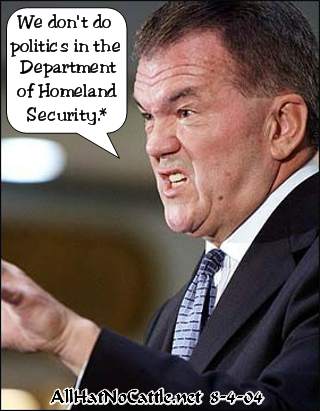 "By the way, a whole new office of intelligence? More bureaucracy? What is it with Republicans and big government? Is that their answer to everything?"  Jon Stewart

Yes, I have noticed Bush’s pulsating mouth — especially when he listens to the applause after he preaches to the choir.

I don’t think he is sucking on a mint.  I think those strange lip pulses are the symptoms of an anti-psychotic drug.  Thorazine causes odd tongue movement and tongue chewing. I wonder what the side effects are of OxyContin?

All kidding aside, if Bush is on an anti-psychotic drug it sure ain’t working. 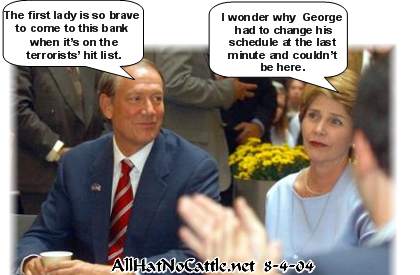 If it doesn't fit, you must omit: Tuesday's photo-op visit to Citigroup Center by First Lady Laura Bush and daughters Jenna and Barbara was splashed large by the local media -- but not even acknowledged in The New York Times.

"We simply had more news -- both stories and pictures -- than we could accommodate. There was no calculated decision to omit that event," Times spokesman Toby Usnik explained. New York Daily News

"John Kerry and John Edwards recently published their political promises and strategies in a book. You see that's smart putting all their ideas in a book. This way they're certain to keep them secret from Bush."  Jay Leno 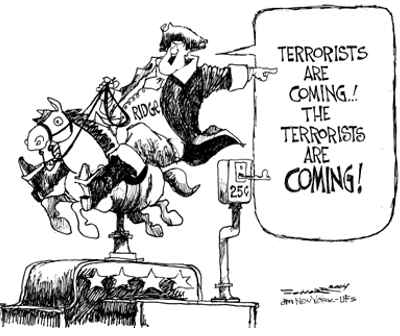 Plane detours for twins,
Inconveniencing many.
Rename it bUSh Air. 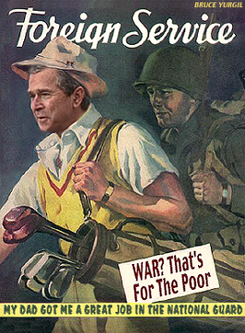 Subject:  One of the biggest heists in history

Say and think what you will about Col. Hackworth, he will continue to expose the truth about our misadventure in Iraq and the exploitation of our troops there and elsewhere.

I like Col. Hackworth.  I'd rather be in a foxhole with him instead of Bush, Cheney AND Rummy. 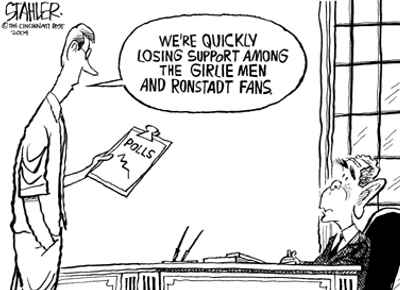 All Hat No Cattle

I have a feeling that each "speaker" at the upcoming Nuremberg rally....oops, I mean, GOP convention is going to be loonier and even more offensive than the one preceding them.

Now, they're talking about allowing Michael Reagan to speak, to "counteract" his half-brother Ron's speech at the Democratic convention.

I hope so -- because Mikey Boy is as crazy as a sh*thouse rat. The lights have been out in that dude's attic for years.

Their cast of characters is really kind of lame.  I'd hardly consider Alan Keyes much of an "answer" to the brilliant Barack Obama -- and Jerry Falwell could phone in his rant.

Yep -- Pat Buchanan's performance at the 1992 GOP Convention is going to pale in comparison with all the hate speech coming out of this gathering!

Also, I've just heard that Nancy Reagan is supporting DUMBya - "party unity" and all that other happy horse manure.

I never knew that Alzheimer's was contagious, but I guess it is in HER case.

Well, one thing we won't see at the GOP convention is Jesus-like behavior. 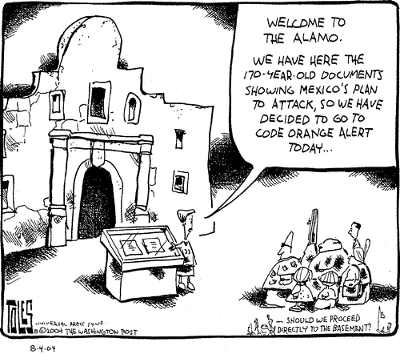 "The L.A. Times reports that al-Qaida terrorists have been traced to Iran, and President Bush is talking tough. In fact he said he will attack the minute he has evidence his approval rating is under 45 percent."  Jay Leno 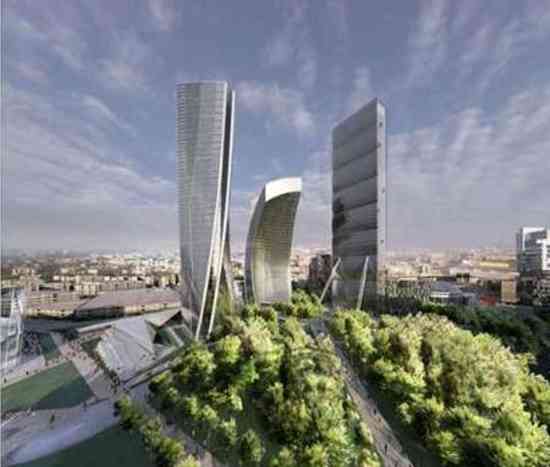 An undated computer graphic shows what will be Milan's tallest building. For a city whose last skyscraper was completed over 40 years ago and whose most beloved buildings are a gothic cathedral and a 19th century shopping arcade, the plan is nothing short of revolutionary. A team of star architects led by Daniel Libeskind, backed by some of Italy's top insurers, has won the rights to build three skyscrapers including what would be Milan's tallest building and an exotic, sail-shaped tower, on a 15-block parcel near the city's center. (ITALY-MILAN-SKYSCRAPER/Handout)