The world will be a safer place without George Bush.

The only difference between George W. Bush and Osama Bin Laden: height. Grant Gerver - Shot Off the Press 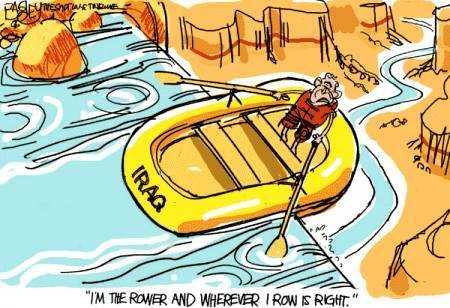 While every community in America has its brand of oddball politics, Sarasota is quickly becoming Capital Weird on the national political map.

Last week, it was Republican David Mills apologizing for accusing his state Legislature opponent Laura Benson, a School Board member, of being a former pole dancer.

"Oh, sure, you can have snakes on a plane, but forget shampoo and toothpaste." --David Letterman 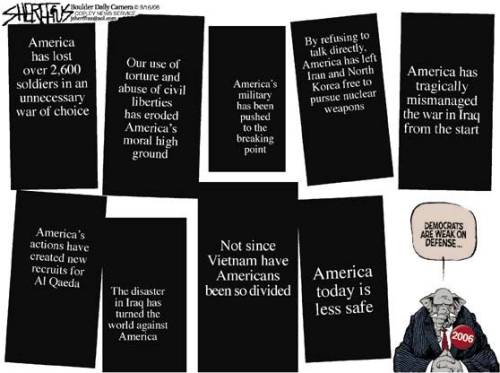 A company in Normandy is hoping to sign up British suppliers for a hangover cure after persuading France's highest civil court to overturn a ban on its sale.

Only 30ml of Security Feel Better, produced with "a secret recipe" based on plant extracts, is said to make alcohol disappear from the bloodstream six times faster than it does naturally.

When did the construction trades migrate from middle-class wages to "work Americans won't do”? -- Zing! 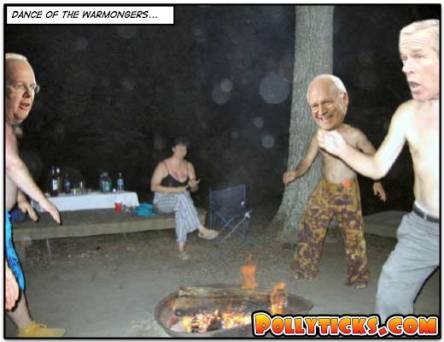 "John The Revelator" - You Tube

When President Bush and his entourage fly on Air Force One, I prefer to call them "Snakes on a Plane." --Grant Gerver - Shot Off the Press 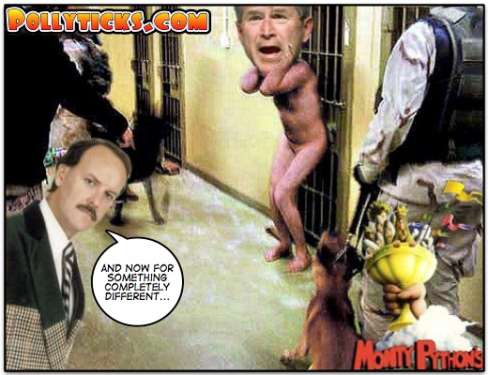 Pope Benedict said too much work can be bad for the soul and instructed Roman Catholics not to work too hard. Bishops in the United States were horrified. There goes their best argument for letting illegal immigrants remain in the country. -- Comedian Argus Hamilton 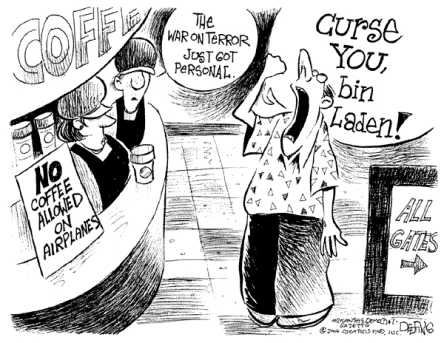 We have developed a technology that produces free, clean and constant energy. 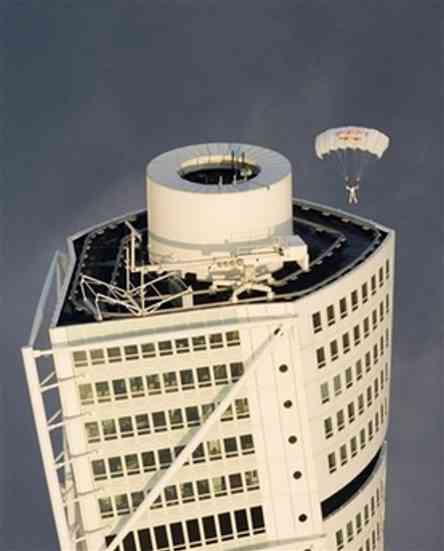 Extreme sportsman Felix Baumgartner lands on Scandinavia's highest residential building the Turning Torso in Malmo, Sweden, Friday, Aug. 18, 2006, after jumping from a helicopter. Equipped with a second parachute Baumgartner then jumped from the 'Turning Torso'. After the illegal jump he escaped to Denmark in a boat. Photo/Bernhard Spoettel