Do you think that W or Kerry could last a year in the Iraqi desert?

My money is on Kerry.

"Our president is a Christian? So was Adolf Hitler. "
-- Kurt Vonnegut

"The president said, 'America is absolutely better off today than it was 4 years ago.' Then he said, 'Did I say America, I meant Chevron.'" -- Bill Maher

The GOP bash will soon be here.
Oh, no! Oh, no!
Won't give 'em a hearty welcome cheer.
Oh, no! Oh, no!
They'll swarm our bars and they'll crowd our streets.
They'll praise and laud their nominees.
And we won't feel gay when
The GOP hits New York. 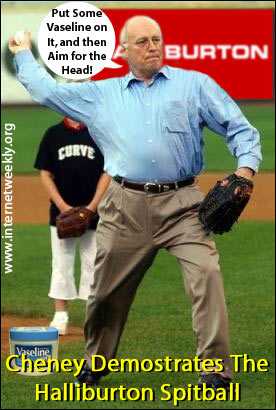 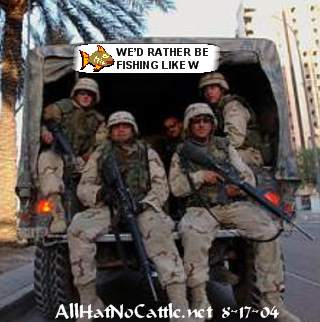 http://hubriswatch.blogspot.com
WOW! Thank you so much Lisa. This is a great Site!!
Jo-Ann in Brooklyn

I agree. More proof that all blondes aren't dumb. 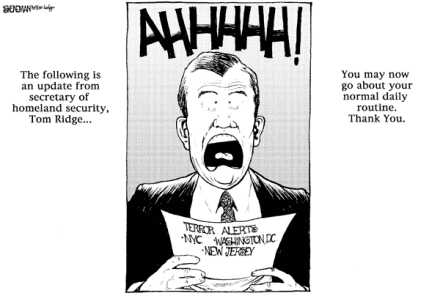 
"Does the world need another daytime talk show? Absolutely not, but I do think you could argue that daytime TV has never been better, and some of the best TV is now happening in daytime."  -- JANE PAULEY, who starts her own daytime talk show this month

Seen on the fabulous www.bartcop.com

"The president finally explained why he sat in that classroom on 9/11 for 7 minutes after he was told the country was under attack. He said he was 'collecting his thoughts.' What a time to start a new hobby.'" -- Bill Maher 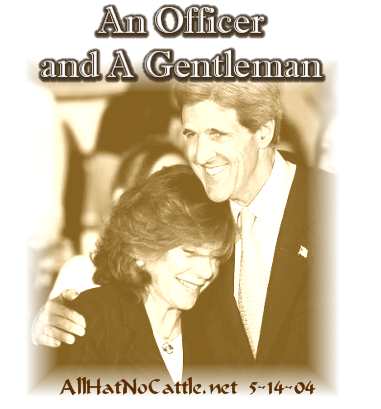 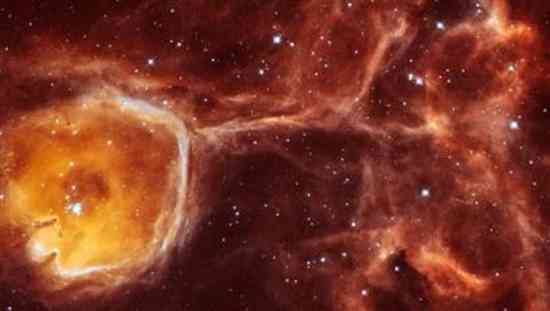 Hubble finds bubble, the nebula N44F, which, at left, is being inflated by a stellar wind, creating an interstellar bubble. The bubble forms when an extremely hot star is surrounded by a cloud of cooler gas, and the stellar wind emitting from the star pushes the gas, causing a bubble to form. (NASA, ESA)