Due to an explosive interview in Rolling Stone magazine, our top commander in Afghanistan, Gen. Stanley McChrystal, has been ordered home to explain why he criticized the president, made fun of Joe Biden, and called the White House staff a bunch of clowns. He should be called home. That’s not the general’s job. That is my job.- Jay Leno 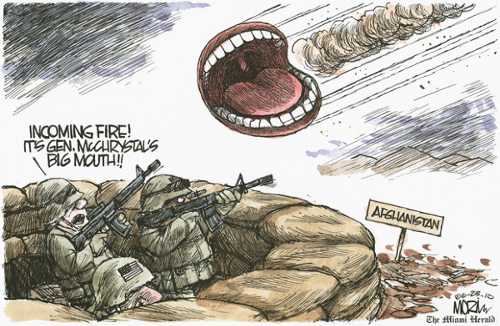 McChrystal Out, Petraeus In

"Because of the success of 'Toy Story 3,' Pixar is now rushing ahead with its plans to do a sequel to one of its most popular movies, presented by BP. It's BP presents 'Try Finding Nemo Now.'" –Jay Leno 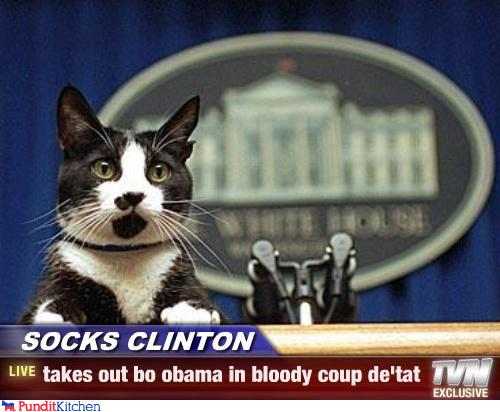 I Wonder  What He'll Do Next?

An American on a solo mission to hunt down Osama bin Laden is headed back to the United States, ten days after authorities found him in the woods of northern Pakistan with a pistol, a sword and night-vision equipment

My title came from my marriage to my husband, who by the way is a direct descendent of the Prophet Mohammed, and he has both a temporal but also a spiritual role in the eyes of many, not only in Jordan, but in the Muslim world as well, as a direct descendent of the Prophet Mohammed, peace be upon him. But for me, from the time I married, to this day, to my dying day, I will simply be a public servant. - Jordan’s Queen Noor 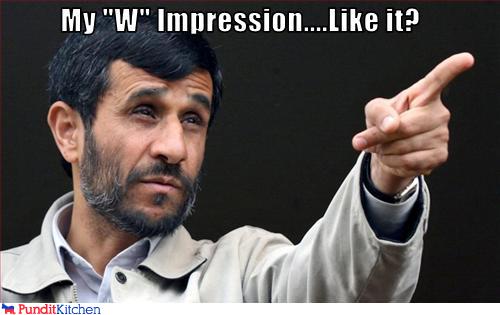 Whatever Happened To Conflict of Interest?

The Louisiana judge who struck down the Obama administration's six-month ban on deepwater oil drilling in the Gulf of Mexico has reported extensive investments in the oil and gas industry, according to financial disclosure reports. He's also a new member of a secret national security court.

Gloria Steinem, an icon of the women’s movement, has criticized Sarah Palin for trying to brand herself as a feminist. 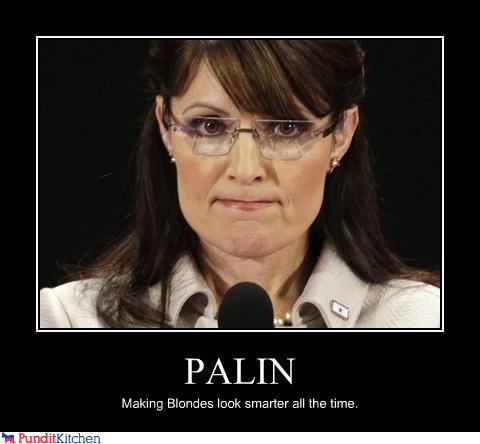 Well, folks, Sarah Palin has admitted she tried marijuana several years ago, but she did not like it. She said it distorted her perceptions, impaired her thinking, and she’s hoping that the effects will eventually wear off.- Jay Leno

Barton Not Injured By Foot In Mouth

Rep. Joe Barton has expressed remorse to his fellow Republicans for his remarks last week apologizing to BP chief executive Tony Hayward and will retain his position as the top GOP lawmaker on the Energy and Commerce Committee. 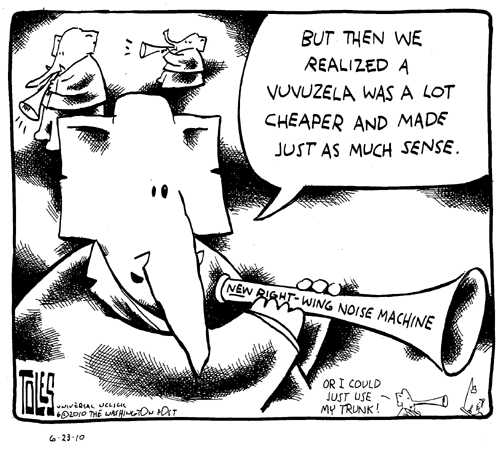 Oh, and how stupid is this. You know, this state is so broke, they’re just trying to make money any way they can. California lawmakers — this is real — are now considering a bill to allow electronic license plate frames on vehicles that will flash digital commercials. Who is this for? People who want something else to read while driving and texting?- Jay Leno

In 2011, China will end America’s 110-year run as the No. 1 manufacturing country in the world. That gives me a great idea. We should start making the one thing we know the world will always need — made in China labels.- Jimmy Fallon 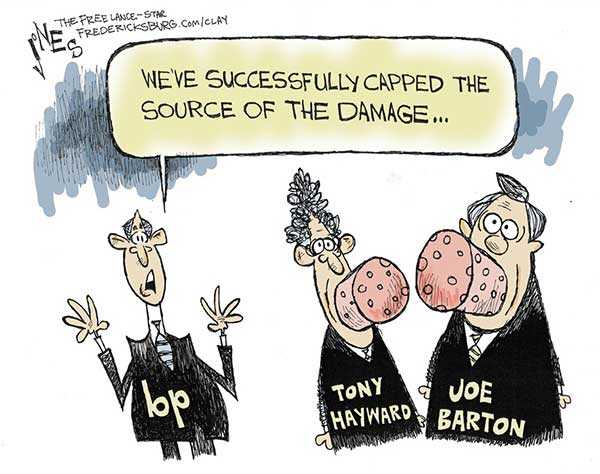 President Obama is being criticized now [about golfing]. Now, in Obama’s defense, people are saying, “Wait a minute, the president has always had his own particular way of relaxing.” For example, George W. Bush had his way of relaxing. He was president. That’s how he relaxed.- David Letterman

Joyce made the third donation to AHNC since Saturday, June 19.

An artist's impression shows the Skypark that tops the Marina Bay Sands hotel towers in Singapore. The Skypark is a unique architectural feature that spans across the three towers, designed by Moshe Safdie, and boasts 12,400 square feet of space 200m above the ground, according to information released by Marina Bay Sands. The deck of the Skypark is longer than the Eiffel Tower if it were to be laid on its side. Photo/Marina Bay Sands