Sanford spent Father's Day hiking without his four sons. The Republican party claims to be the "Family Values Party". There's more to this story.

"No, it's sad about Iran, but what do you expect about a country with a government that's propped up by oil, that's led by a religious wacko? Kind of like Alaska."--Bill Maher

Have you heard this? We are preparing for a big high seas showdown with North Korea. You heard that? They may be transporting nukes. We're going to intercept their ships. It's going to be fun stuff! That's right, we're going to be intercepting their ships. The winner of the round meets the Somali pirates. And the loser has to fight the Carnival cruise line." --Bill Maher

North Korea would like to test missiles and advance its nuclear program, while smuggling arms to some potentially bad actors for extra cash. The U.S. would like North Korea to stop doing all of these things. Neither side is particularly interested in finding out what happens should the other press the issue. And thus North Korea and the U.S. find themselves in a very strange Kabuki war. Pyongyang is plainly the instigator, continuing its rash of missile and nuclear tests while apparently seeking hard currency by peddling weapons to all buyers.

Gov. Sanford — oh let’s call him Mark —
Has left his whole state in the dark.
He’s gone missing, they say.
Can they reach him? No way!
Is he nuts, or just lost in some park?

John Ensign was a promise keeper. He was a big proponent of the Defense of Marriage Act. And a loud voice calling for Clinton to resign during the Lewinsky scandal. So he has hit the hypocrisy trifecta." --Bill Maher

PARIS, France (CNN) -- The French National Assembly announced on Tuesday the creation of a parliamentary inquiry into whether women in France should be allowed to wear the burka...."The problem of the burka is not a religious problem. This is an issue of a woman's freedom and dignity. This is not a religious symbol. It is a sign of subservience; it is a sign of lowering. I want to say solemnly, the burka is not welcome in France," Sarkozy told lawmakers.

"Don't you know that this could be the first revolution brought to you by Twitter? Because that's how people are communicating to go of the rallies and so forth, and show the pictures of what's going on. Authorities, of course, in Iran shut down cell phone networks. They shut down the internet. Calls are absolutely not getting through or they're dropped immediately. Or as T-Mobile calls it, normal service." --Bill Maher 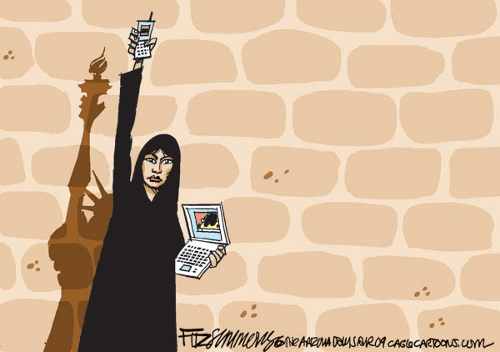 Some experts are saying the Iranian election was rigged because in some towns, voter turnout was more than 100%. What’s even stranger, all those extra votes were from elderly Jewish people in Palm Beach, Florida.- Conan O'Brien

Supreme Court Just Said It's OK To Out A CIA Agent

The justices offered no explanation for deciding not to hear the case brought by Plame and her husband, former Ambassador Joe Wilson.

Hillary Clinton is expected to make a full recovery after having surgery to repair her broken right elbow. Yeah, doctors say she’ll be able to point and crazy smile at people in no time.- Jimmy Fallon

"The Supreme Leader, Ayatollah Khomeini, said this election was not rigged, the results are final, and you can protest all you want, but if you keep doing it, we're going to start cracking heads. Now if we could only get this guy to call Norm Coleman." --Bill Maher 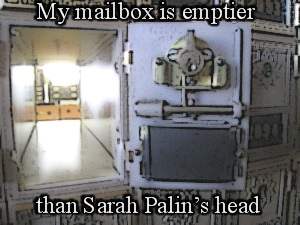 "In other news, the world's oldest man died, he was 113, and a leading voice of the young Republicans." --Bill Maher

In Case You Don't Have Enough To Worry About

WASHINGTON (CNN) -- When people on the government's terrorist watch list have tried to buy guns or explosives in recent years, the government has let them the vast majority of the time...About 10 percent were denied. 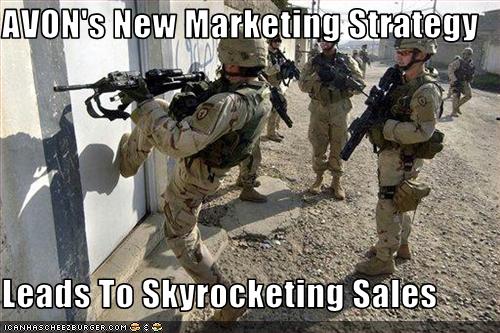 Join All Hat No Cattle

Barika a female gorilla at the Calgary Zoo holds a knife accidentally left in her enclosure by a keeper in this picture taken on Tuesday June 16, 2009. Zoo officials say that gorillas don't understand the idea of using tools as weapons and would have picked up the item out of curiosity. A keeper carried the paring knife into the enclosure to help prepare food for the gorillas, said Cathy Gaviller, the zoo's director of conservation, education and research. He stuck the blade in his pocket, but it slid out unnoticed and was left behind.
Photo/Haika Scheffler