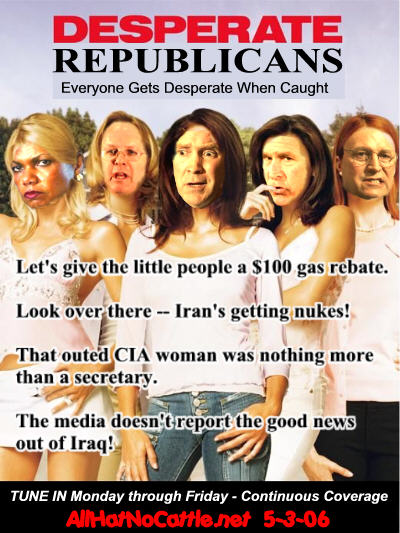 Bush has done a lot of dumb things, but outing a CIA agent was pure short sightedness -- his Inspector Clouseau moment.

"I'm spending Saturday night flipping through the C-SPANs. ... I come across this horribly frightening image [shows Bush and his double at the White House Correspondents' dinner] -- the president of the United States of America, who is now apparently reproducing asexually. 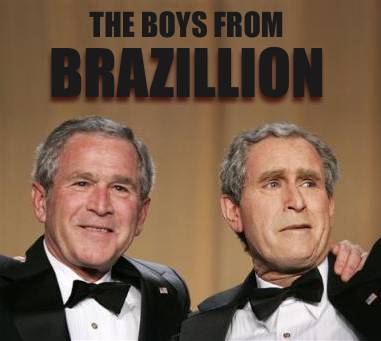 Thanks to 'RUMMYisFROSTED' for the graphic! Sent in by For Balum

hi, Lisa,
i read the letter condemning both political parties
today and it's very sad there are folks who feel that
way. it's not that there is only one party in power,
it's that it's the WRONG party in power. can you and
your readers imagine what wondrous things we could
accomplish without the neanderthol neocons holding us
back? i'm sure there are a few corrupt Democrats, but
it's not a party-wide cancer like the one killing the
Republican party now. the bottom line is that the
Democratic Party is the party of the American people
and the Republican Party is the party of big business,

big money and big borrowing. thanks again for being a
bright spot in the darkness of republican rule. :-)
Kathy
Murfreesboro, TN

Republicans have raped us. Now it's time for the
Democrats to file charges.

Is it too much to expect in America to have a president who obeys the law and a Congress that requires him to?-- Zing!

In Case You Don't Have Enough to Worry About....

The implications stemming from a geomagnetic superstorm akin to the one that occurred in 1859 would be economically devastating given our reliance upon satellites. That's the view of Sten Odenwald of the QSS Corporation based at the Goddard Space Flight Center in Greenbelt, Maryland. 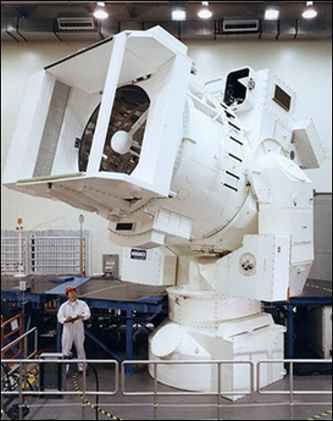 A 'Sea Lite Beam Director' developed by Hughes Aircraft Company. The US Army test-fired a powerful laser beam from this device at a satellite in October 1997. The New York Times says the US government is conducting research into building a ground-based laser weapon that could destroy enemy satellites in orbit.(Photo/Hughes Aircraft)

Please visit our advertisers - They support All Hat No Cattle 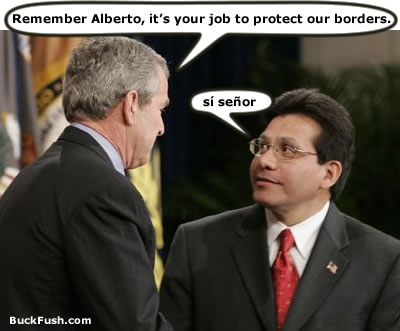 These gas prices are affecting everybody. If you don't believe me, wait until you watch the 'Indianapolis 200' at the end of the month.--

claiming local officials failed to meet their planning obligations after Hurricane Katrina...City officials were angered by the move, saying New Orleans is again being abandoned by the federal government.

Ralph Nader and the FEMA Trailers

Consumer advocate Ralph Nader says former President Bill Clinton should be "raising the roof" to get 10,000 trailers moved from his hometown to where they can be used to provide shelter to storm victims.

Nader sent a letter to Clinton urging him to help get the mobile homes - parked by FEMA at the Hope Airport - to Gulf Coast residents who need them.

“A Senate panel has recommended getting rid of FEMA. They want to close FEMA down. I tell you, in six or eight weeks when FEMA hears about this they're going to be furious.”--

Please visit our advertisers - They support All Hat No Cattle

"It was balls-alicious," Stewart said. "Apparently he was under the impression that they'd hired him to do what he does every night on television" -- that is, make fun of conservatives, public officials, and the press in the guise of an O'Reillyesque talk show host.

Thanks to 'Tummler'  for the graphic!

Sent in by For Balum

Buried in the 551-page energy bill - which was supposed to ease energy shortages, not worsen them - were new regulations governing what additives go into gasoline and how it's refined. Corn-based ethanol is replacing the petroleum-derived additive MTBE, but

Congress timed this logistically tricky switchover to occur just as demand for gasoline peaked ahead of the summer driving season - right about now.

"The big drink at the White House Correspondents' dinner this year is something called the Cheney Shot. Have you all had the Cheney shot? The bartender pours you a shot of Wild Turkey and then throws it in your face."

Living in the U.S.A., the Land of Paranoia

A newspaper promotion for Tom Cruise's upcoming Mission: Impossible III got off to an explosive start when a county arson squad blew up a news rack,

thinking it contained a bomb. 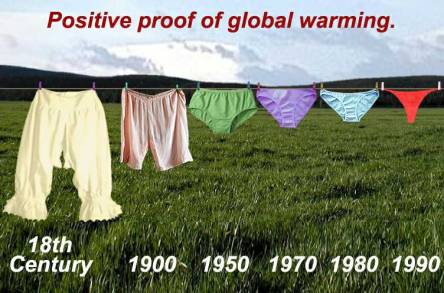 "Now the Supreme Court has ruled in favor of Anna Nicole Smith. Guess that lap dance for Clarence Thomas paid off."

Keep All Hat No Cattle online. 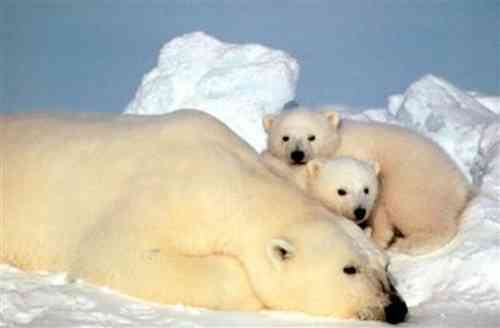