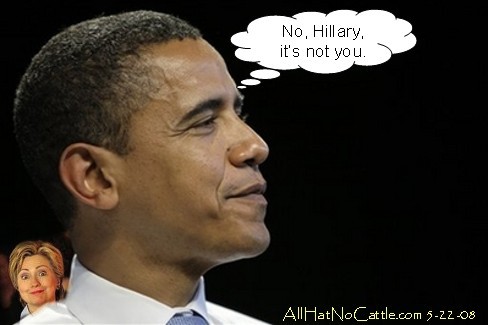 A U.S. soldier who deserted to Canada will not face persecution if he returns to the United States, Canada's refugee agency ruled Wednesday.

“Fox is coming out with a new show called ‘Secret Millionaire,’ where a group of super rich people go out and try to blend in and befriend residents in poor neighborhoods for ten days. Didn't we just have this show? It was called the Democratic primary.” - Jay Leno

A spending bill containing nearly $9 billion for Mississippi and Louisiana to recover from Hurricane Katrina has run into White House opposition because of its price tag.

The St. Paul Saints, long known for offbeat, sometimes edgy, promotions, have come up with a real doozy for this Sunday's game. ..The keepsakes consist of a miniature bathroom stall with a couple of lower legs and feet. One of the feet is springloaded and "taps," which, the Saints' press release says, is in honor of National Tap Dance Day....That's a none-too-subtle reference to Idaho Republican Sen. Larry Craig, who pleaded guilty to a charge of disorderly conduct after an undercover police officer arrested him for allegedly soliciting sex in a bathroom stall at Minneapolis-St. Paul International Airport.

The state of Alaska will sue the U.S. government to stop the listing of the polar bear as a threatened species, arguing the designation will slow development in the state, Gov. Sarah Palin (R) said on Wednesday. 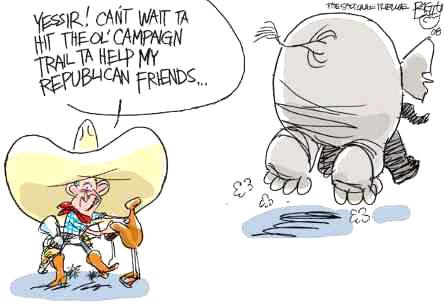 "It was quite a weekend, politically. An estimated 75,000 people attended a Barack Obama rally on the banks of the the Willamette River. ... And if you believe the media, listen to this. After the rally, Barack Obama fed them all with just five loaves of bread and two fish. Amazing!" --Jay Leno

Subject: Hillary should give up

I am so tired hearing Hillary Clinton should quit. I'm one of those 17 million people who voted for her.

I am "thankful" to Obama for letting me know that:

I'll vote for Obama if Hillary is VP. Otherwise I won't vote for a party that threw the Clintons under the bus in order to get Obama elected.

Gun owner in the Adirondacks

If the GOP had as successful a presidency as the Clintons (remember, two for the price of one), they'd already be on Mt Rushmore and every new school, highway and bridge would be named after them.

Gee, I started this website in 2000 because I wanted my Florida vote to be counted. And eight years later the Florida and Michigan votes aren't being counted this time because of the Democratic party. What irony.

I'll still vote though, as futile as it may seem.

Hillary is still standing strong. The Republicans couldn't destroy her and hopefully neither can the Obama Democrats. Obama needs Hillary to beat McCain.

Here's a phototoon I did a few days ago 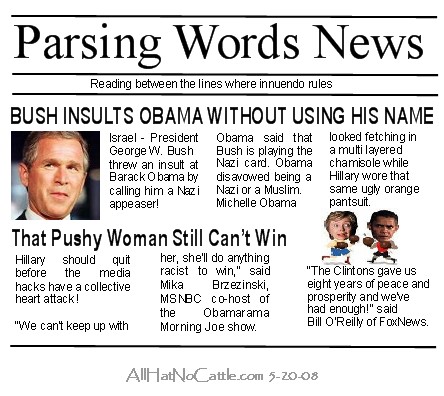 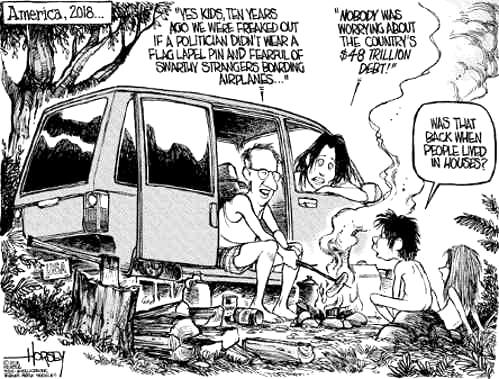 I'm Not A Member of an ORGANIZED Party, I'm A Democrat!

Democrats are picking up the pieces after an embarrassing technical gaffe that delayed a triumphant rejection of President Bush's veto of a massive farm bill...The Senate then was expected to follow suit quickly, but action stalled after the discovery that a 34-page section of the bill had been omitted from the printed bill sent to the White House. That means Bush vetoed a different bill from the one Congress passed, raising questions that the eventual law would be unconstitutional.

"Hillary Clinton campaigned extensively in Bowling Green, Kentucky, over the weekend. Barack Obama did not campaign in Bowling Green. He doesn't do well in any place with the word 'bowling' in it. Anywhere with 'bowling,' he is out of there." --Jay Leno

McCain’s ‘Compelling Logic’ For Not Talking to Our Enemies 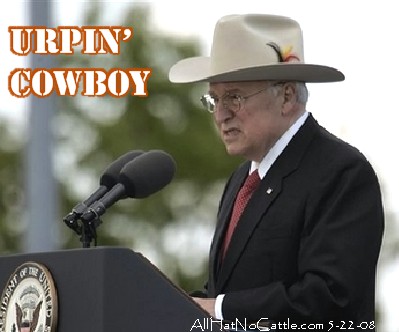 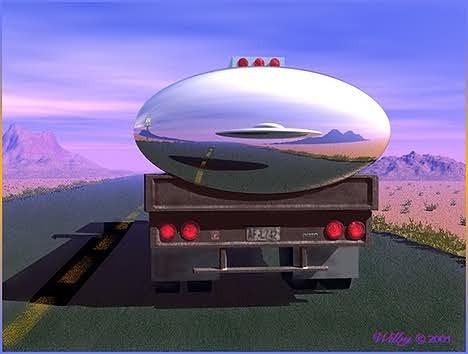 Lisa dear, Your efforts are worth a tank of gas! Sent it thru Papal. Thanks for keeping me sane and informed. There is no other site like yours.

Thanks Max! It's a dirty job but someone has to do it!

ALL HAT NO CATTLE FUNDRAISER 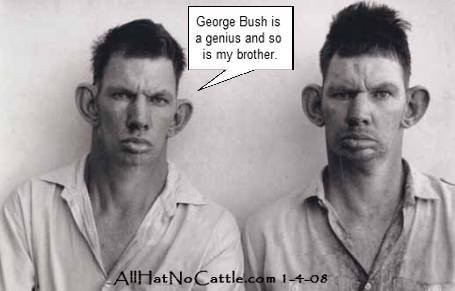 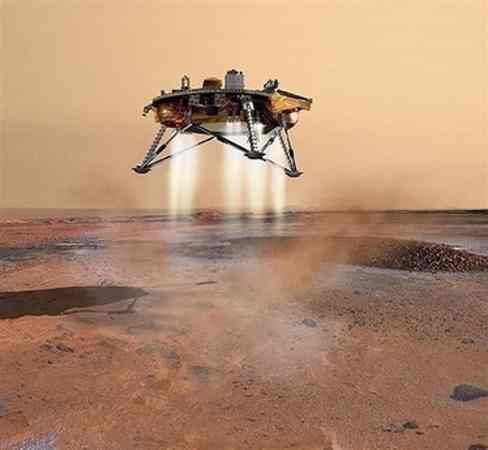 NASA image shows an artist's impression of the Phoenix probe landing on Mars. After a nine-month journey through space, the US probe will land on the arctic surface of Mars on May 25 to dig for ice in a new quest for signs of life on the Red Planet.
Photo Illustration/NASA