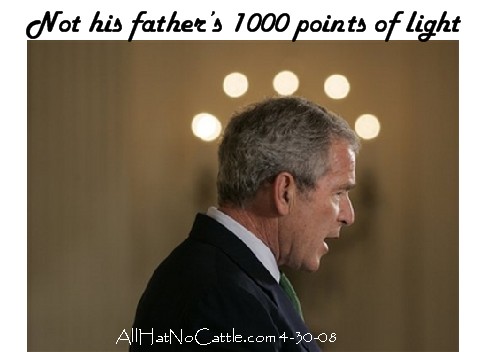 "The Bush administration wants our nation's 80 million recreational boaters to help fight terrorism by watching out for small boats that could deliver a nuclear bomb. Well, that should work out well, huh? You got a bunch of beer-drinking fishermen in bass boats with rifles. What could go wrong there?" --Jay Leno 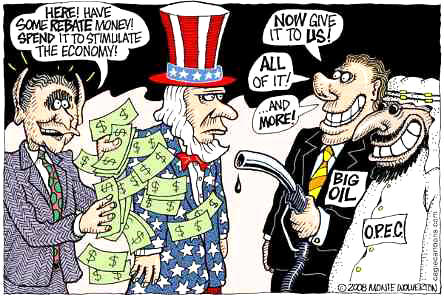 Meanwhile, Back In Iran

The U.S. Navy has temporarily added a second aircraft carrier in the Gulf as a "reminder" to Iran, but this was not an escalation of American forces in the region, U.S. Defense Secretary Robert Gates said on Tuesday.

Speaking to reporters during a trip to Mexico, Gates flatly denied a suggestion that the presence of two U.S. carriers in the Gulf could be a precursor to military action against Tehran.

"Have you noticed, since oil prices went up, Dick Cheney hasn't had one heart attack?" --Jay Leno

``For someone who's been in office as little as Barack Obama, the guy has a record that defines the word liberal,'' said Chris LaCivita, a Republican media adviser to the Swift Boat veterans who assailed Kerry's Vietnam War record during the Massachusetts senator's 2004 presidential bid.

"Today, John McCain campaigned across the state of Florida. He's in Florida. Yeah, McCain likes campaigning in Florida because everyone there calls him 'the Kid.' ... His charming youthfulness amuses them." --Conan O'Brien

Obama Lines Up New Spiritual Adviser: One Who Takes a Vow of Silence

This is why we keep losing these elections. The people we nominate are just too decent to fight back against the kind of crap that the Right (Wrong) Wing starts throwing at them. Had John Kerry (a fine and honorable man) been a little less civil, in response to the Swift Boat issue, perhaps using the occasion to point out loudly and repeatedly that W spent the entire Viet Nam war period shooting touch and goes in Houston, when he bothered to show up at all, we would probably have been Bush-free for the last 3 years.

I suspect that if Mr. Gore had raised more of a fuss about the attacks on him, or had he the tenacity to fight the judicial coronation of "King George the one-half," we would be celebrating 7 years of peace and prosperity. Moreover, had he the confidence in himself to agree to Florida's recounting the whole state in 2000 rather than just the metropolitan Miami area (it is one of the supreme ironies that had either candidate agreed to the recount demanded by his opponent, he would have been handed a legitimate victory, or at least one he could call legitimate) we would not be in this mess.

Essentially, democrats need to drop the "we're above all that" attitude, if they are ever to become ascendant in the executive branch. While we, the electorate, decry the negative campaigning, we do look for someone with the scrap to fight back, but with intelligence. We look for someone who will strike back at those who attack us, such as FDR after Pearl Harbor, not someone who will lash out at the first available target (such as Iraq, or in the case of WWII, if FDR's response to Pearl Harbor had been to attack Venezuela..."lots of oil, call 'em Nazis, who knows, might work?")

Thanks for the great e-mail, John.

I agree, we need a Democrat who isn't afraid to fight back, immediately and with surgical precision.

Last month, Obama called Wright his "crazy uncle" when presented with the crazy quotes by Wright. ( see cartoon below by Daryl Cagle on March 17, 2008 )  But yesterday, almost a month and a half later, he said he was outraged by Wright. It sure takes Obama a long time to be outraged. Poor Obama, the GOP is going to eat him alive. 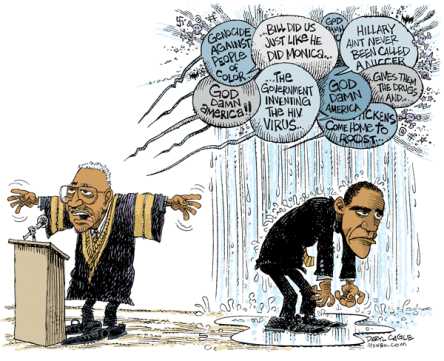 "And Barack Obama also on a tour, of places he'd like to forget, like his church. It's never your enemies that kill you. It's always your friends, isn't it?" --Jay Leno 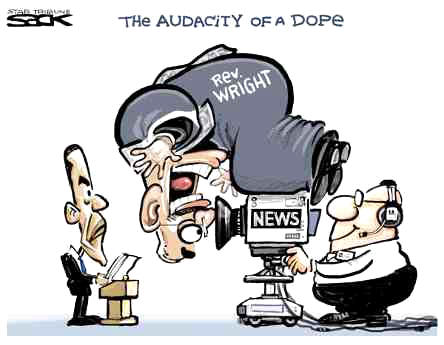 "And boy, it was hot this weekend...In fact, it was so hot, Hillary Clinton challenged Barack Obama to another debate, just so she could get the cold shoulder." --Jay Leno 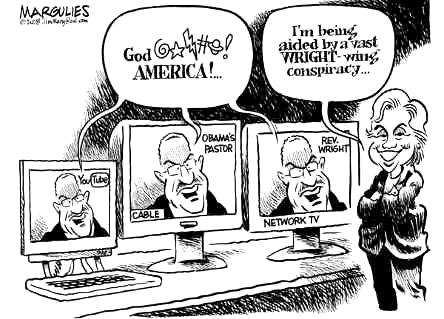 "History will not judge this kindly," Ashcroft predicted.

"This" is torture. Against innocent people. Conducted by CIA agents and American soldiers and marines. Sanctioned by legal opinions issued by Ashcroft's Justice Department. Directly ordered by George W. Bush. 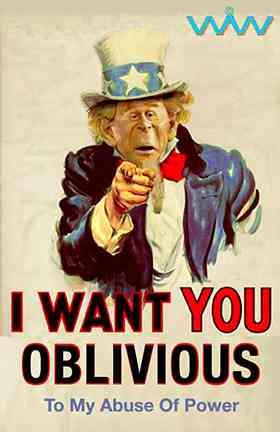 "Kind of a strange thing happened this weekend at a big event in Washington, DC. President Bush, I guess he got excited, so he picked up a baton and he started conducting the U.S. Marine Band. Yeah, unfortunately, the president got upset because the band didn't know the song, 'The Wheels on the Bus.' They go 'round and 'round, apparently." --Conan O'Brien

A man walked out of a Dallas court on Tuesday after DNA testing overturned his conviction over 27 years ago for the murder and rape of his girlfriend, local media reported.

James Woodward, 55, spent more time in prison than any other wrongfully convicted inmate in U.S. history who was subsequently freed by DNA testing, local media reported. 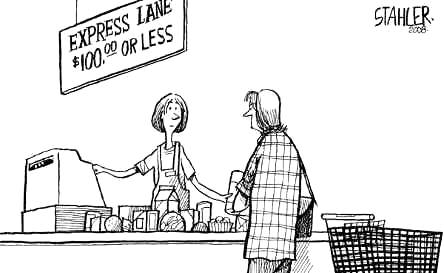 On April 30, 1975, the South Vietnamese capital
of Saigon fell to Communist forces. 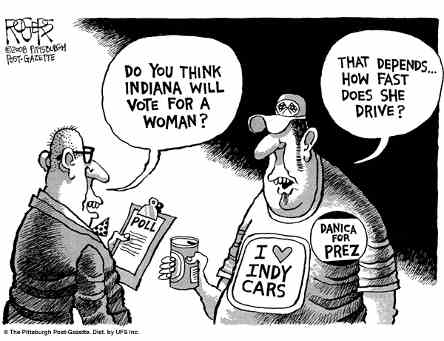 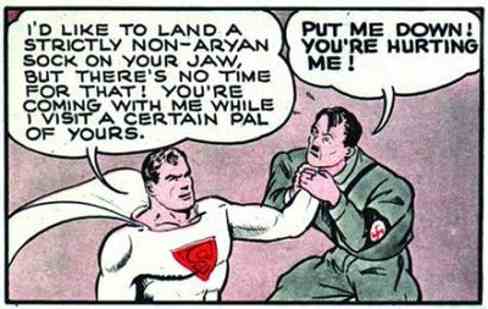