Didn't God say: Revenge shall be mine?  I guess W missed that Bible study lesson.

I DON'T HAVE TO SUPPORT THE MORON.

I'M AN AMERICAN, NOT A JOCKSTRAP!

What gives...or rather am I surprised? Now the Very Reverend Dr. Bill Frist has made moves to declassify secret testimony that Richard Clarke gave to a Congressional committee last year concerning terrorism so that the GOP can see whether he committed perjury under oath because he gave two very different stories...under oath.'

But then, the Right-Wing Very Reverend Dr. Frist said that he had not read Mr. Clarke's Congressional testimony, so he had no way of knowing whether Mr. Clarke had indeed told two different stories or that he had indeed committed perjury. 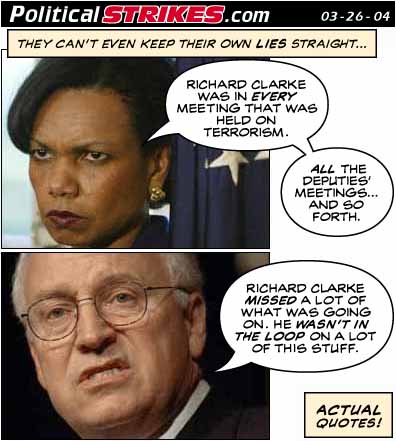 The pResident’s disgusting performance making a joke of the reasons for war and therefore the war itself, is unconscionable.
What I think is absolutely imperative to know is, those people who were laughing at his sick humour – did any of them have children in Iraq?
Did anyone in that room have children or relatives in Iraq, fighting for their Country so that the pResident can make jokes about it?
Where’s the guest list to that room?

Sadly, the dinner Bush was attending was the Television and Radio broadcasters of America.

President Bush and his administration have been twisting the truth when
it comes to Iraq. Can you figure out the truth? 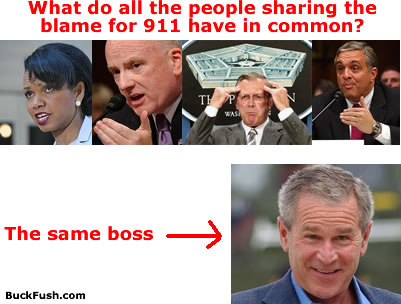 This basically sums it all up...

While vacationing on a ranch one August day, G W Bush gets thrown from
his horse, lands on a rattlesnake, gets bit and dies because the emergency
room at the nearest hospital is too understaffed to treat him in time. So
his soul arrives in heaven and he is met by St. Peter at the Pearly
Gates.
"Welcome to Heaven," says St. Peter. "Before you settle in, it seems there
is a problem. We seldom see a Republican around these parts, so we're not sure
what to do with you."
"No problem, just let me in; I'm a believer." says Bushie.

"I'd like to just let you in, but I have orders from the Man Himself. He
says you have to spend one day in Hell and one day in Heaven. Then you must
choose where you'll live for eternity."
"But, I've already made up my mind, I want to be in Heaven," replied
Bushie.

"I'm sorry, but we have our rules." And with that, St. Peter escorts him to
an elevator and he goes down, down, down, all the way to Hell . The doors
open and he finds himself in the middle of a lush golf course; the sun is
shining in a cloudless sky, the temperature a perfect 72 degrees.
In the distance is a beautiful clubhouse. Standing in front of it is his
dad and thousands of other Repugnicans who had helped him out over the years
Ford,, Nixon, Reagan . . . The whole gang was there . . .everyone laughing . . happy and casually but
expensively dressed. They run to greet him, hug him, and reminisce about the
good times they had getting rich at expense of the "suckers and peasants."
They play a friendly game of golf and then dine on lobster and caviar.
The Devil himself comes up to Bushie with a frosty drink. "Have a
Margarita and relax, George!"

"Uh, I can't drink no more, I took a pledge," says Bushie, dejectedly.
"This is Hell, son you can drink and eat all you want and not worry, and it
just gets better from there!"

Bushie takes the drink and finds himself liking the Devil, who he thinks
is a really very friendly guy who tells funny jokes like himself, and pulls
hilarious nasty pranks, kind of like they pulled on the 9-11 inquiry and tax
promises. They are having such a great time that, before he realizes it,it's
time to go. Everyone gives him a big hug and waves as Bushie steps on the
elevator and heads upward.

When the elevator door reopens, he is in Heaven again and St. Peter is
waiting for him. "Now it's time to visit Heaven," the old man says, opening
the gate. So for 24 hours Bushie is made to hang out with a bunch of
honest, good-natured people who enjoy each other's company, talk about
things other than money, and treat each other decently. Not a nasty prank or
fratboy joke among them; no fancy country clubs and, while the food tastes
great, it's not caviar or lobster. And these people are all poor, he doesn't
see anybody he knows, and he isn't even treated like someone special!

"Whoa," he says uncomfortably to himself. "Daddy  never prepared me
for this."

The day done, St. Peter returns and says, "Well, you've spent a day in Hell
and a day in Heaven. Now choose where you want to live for eternity."
With the 'Jeopardy' theme playing softly in the background, Bushie
reflects for a minute, then answers, "Well, I would never have thought I'd
say this-I mean, Heaven has been delightful and all-but I really think I
belong in Hell with my friends."

So St. Peter escorts him to the elevator and he goes down, down, down, all
the way to Hell. The doors of the elevator open and he is in the middle of a
barren scorched earth covered with garbage and toxic industrial waste.kind
of like Iraq after he was done!!. He is horrified to see all of his friends, dressed in rags
and chained together, picking up the trash and putting it in black bags.
They are groaning and moaning in pain, faces and hands black with grime. The
Devil comes over to Bushie and puts an arm around his shoulder.
"I don't understand," stammers a shocked Bush, "Yesterday I was here and
there was a golf course and a clubhouse and we ate lobster and caviar and
drank booze. We screwed around and had a great time. Now there's just a
wasteland full of garbage and everybody looks miserable!"

The Devil looks at him, smiles slyly, and purrs, "Yesterday we were
campaigning; today you voted for us!"

"Taxing less and spending more... it's fun in the short run, but it's a recipe for disaster. "
Bill Clinton

In his memoirs, "A World Transformed", written five years ago, George Bush, Sr., wrote the following to explain why he didn't go after Saddam Hussein at the end of the first Gulf War:

"Trying to eliminate Saddam would have incurred incalculable human and political costs. Apprehending him was probably impossible......we would have been forced to occupy Baghdad and, in effect, rule Iraq......there was no viable 'exit strategy' we could see, violating another of our principles.
Furthermore, we had been self-consciously trying to set a pattern for handling aggression in the post-Cold War world. Going in and occupying Iraq, thus unilaterally exceeding the United Nations' mandate, would have destroyed the precedent of international response to aggression that we
hoped to establish. Had we gone the invasion route, the United States could conceivably still be an occupying power in a bitterly hostile land."

"From a religious point of view, if God had thought homosexuality is a sin, he would not have created gay people." Howard Dean


A previously forgotten report from April 2001 (four months before 9/11) shows that the Bush Administration officially declared it "a mistake" to focus "so much energy on Osama bin Laden." The report directly contradicts the White House's continued assertion that fighting terrorism was its "top priority" before the 9/11 attacks...

CNN article  talks about it... 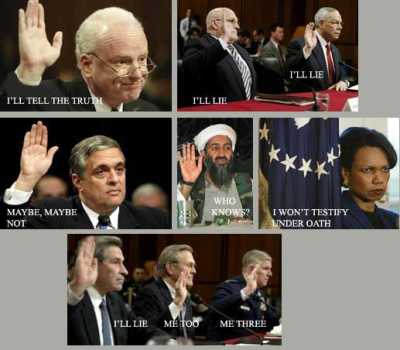 If a president knows more and does less in matters of security to the homeland, the public has a right to know.

Bush brings honor and dignity to the White House Quotes

AP - Fri Mar 26,10:49 PM ET A Navy F-18 fighter jet on a training mission caught fire on the runway of the Raleigh-Durham airport during takeoff Friday, but the pilot ejected, authorities said. 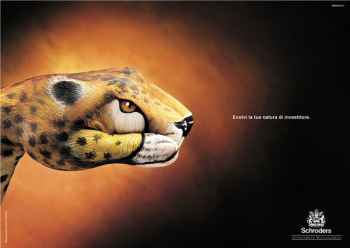 A voter survey tied to a Republican effort to raise money for House candidates mislabels Thailand and the Philippines as countries that "harbor and aid terrorists," say officials from both governments.

Key Republicans in Congress want to declassify 2002 testimony by former counterterrorism official Richard Clarke, hoping to show discrepancies between his recent criticisms of the Bush administration and positive remarks he made as a White House aide.

Making money in the stock market is easy. Just buy stock in companies that will merge. Here are merger predictions from Gary in New York, who knows lots about these matters:

3. 3M will merge with Goodyear and issue forth as: MMMGood.

5. FedEx is expected to join its major competitor, UPS, and become: FedUP.

Lisa, here's the banner and the song links if you choose to help out in
spreading this further. Released Friday with TM, Artemis Records, and
AUdiolunchbox, by Tuesday it had been downloaded over 100,00 times
already.

Thanks and keep up the great work

"If you want to rock the Vote, You have to Rock the Boat. "
Dennis Kucinich 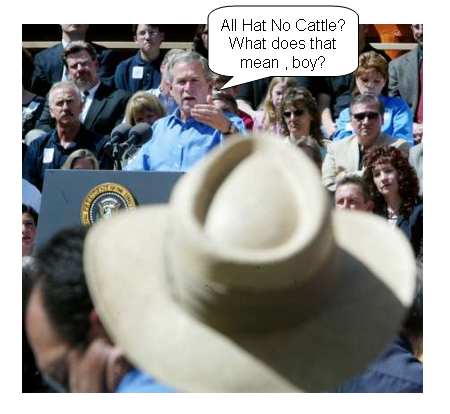 Senate Democrats on Friday threatened to stop all of President Bush's judicial nominees until the White House agrees not to appoint any more judges while Congress is out of town.

A book that charges President George W. Bush with failing to take al-Qaeda seriously enough before the September 11 attacks has shot to the top of the bestseller lists on a wave of hype and controversy. 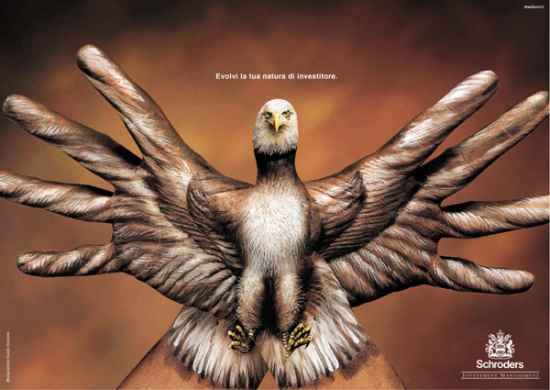 Peace and have a great weekend.