Gotta give it to those "Birthers", they are persistent. 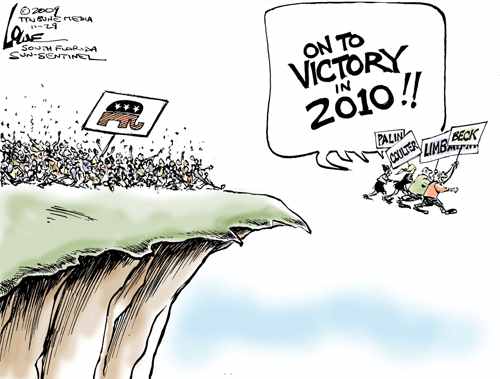 The White House might soon reveal that the President may delay the announcement he is not even close to making a decision on Afghanistan. Maybe. – Will Durst 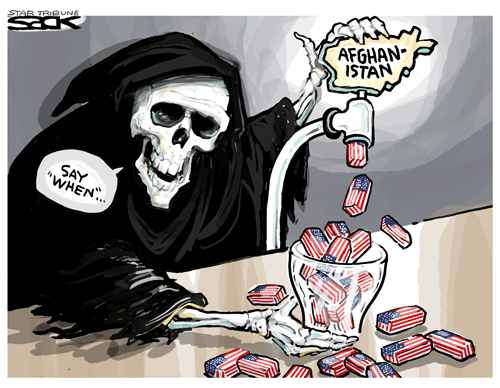 Palin had announced on Twitter that she would be running the 5k race organized by the Benton-Franklin Chapter of the Red Cross.

She didn't finish the race, opting to leave the course early to avoid more crowds at the end. About 40 minutes into the run, word started trickling out to people gathered at the finish line that she was gone.

All Hat No Cattle loves our advertisers

Just in time for the Holidays!

Mention All Hat No Cattle and receive an extra $5 gift 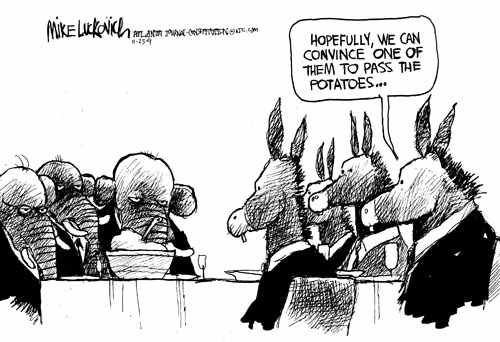 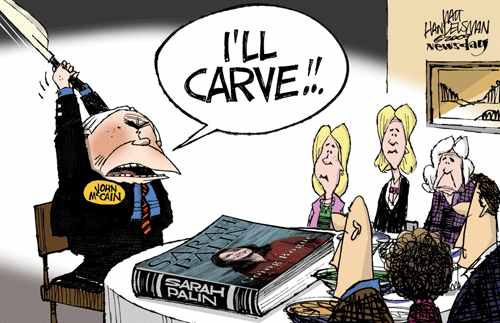 Subject: Good riddance to Bush, but...

I'm an occasional visitor to your site. I first became acquainted with
it during the Bush/Cheney years, and like many of your readers, I was
happy to see that disaster pass, and hoped that Obama would represent
something new. But what happened? We still have the war, we still have
the bailout, we still have the police state, and all are expanding. On
those important issues, nothing has really changed. On top of that, the
economy continues to get worse, and there are elements of his approach
to health care that are deeply disturbing--the rationing of care, the
mandatory purchase of insurance, etc. In many respects, Obama seems like
a continuation, even an escalation, of some of the worst Bush/Cheney
policies. Yet on many of the blogs, he is vigorously defended, even
praised. Why? I feel betrayed.

Hi Birch, Thanks for writing.

Rest assured on one point -- Obama is not a socialist "Muslin".

All kidding aside, I hear ya.

I, too, have grave worries about Obama and his decisions, some of which you noted, he's a politician after all, and I'm willing to give him more than 10 months in office before I throw him overboard. Plus, what's the option we have other than voting him out of office. And who would we elect? Sarah Palin, Newt, McCain? The Republicans are tripping over themselves trying to grab the brass ring.

My only humble ability in all of this is trying to make you laugh through political turmoil, be it Republican or Democrat.

"Millions of families have seen jobs and careers vanish in the midst of this recession," House Republican Conference Chairman Mike Pence of Indiana says in the weekly GOP radio-Internet address, timed this time for Thanksgiving...Pence, however, does not offer any specific solutions from Republicans, beyond the tried-and-true letting "Americans keep more of their hard-earned money." 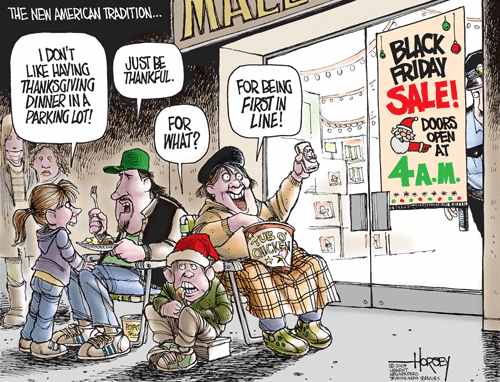 Thank you so much  David, Ann, BJ, Jonathan and Kathy.

Warsaw's zoo has opened a new display where two volunteers dressed as cavemen will spend time in a former monkey-cage, to remind visitors that humans are animals too.
Photo/Janek Skarzynski