Yeah, it makes sense to give about a  $100 billion dollars to corporations instead of those greedy senior citizens. 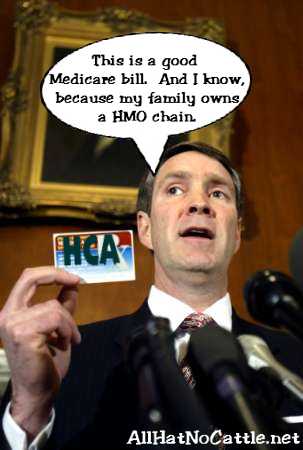 CourtTV should have these women investigate the George W. Bush Inc.

administration instead of Michael Jackson! 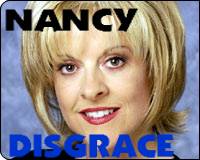 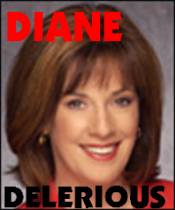 I watched  CourtTV's  Nancy Grace and Diane Diamond on Larry King last night. I believe I saw them salivating. Let them loose on Dubya! 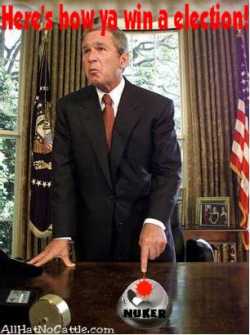 I am not asking for much.  I just want the same healthcare package that members of Congress have. 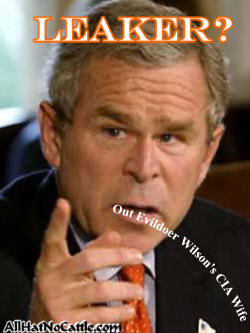 What a surprise, no new news on the outing of the CIA agent.

"At this rate, the AARP will soon come out in support making Social Security a workfare program."- www.barrycrimmins.com 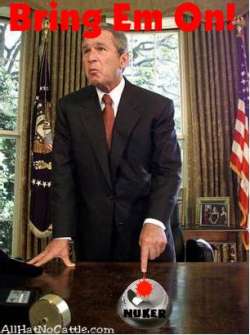 "Operation Rubber Hammer" would be more appropriate because the policy will undoubtedly bounce back and smash Bush in the nose." - www.barrycrimmins.com

I love your site, and insight!

Since I detected a slight uneasiness towards GeeDubya & Gang, quite apparent in the attitude of your site and productions (which I'm certain the vast majority of your viewers also share!), I wondered if you might like to help, in a different way - indirectly, in putting yet another thorn in Dub's side, by putting a thorn in the side of Rush sLlimebaugh?

It has been stated by more than one political analyst that Dubya doesn't stand a chance of (re)selection without RushBo behind the golden microphone for 3 hours a day, using his "Talent on loan from God" in blurting out the proper spin for him, and everything else the right-wing does, or doesn't do.
Perhaps those analysts are correct, and in any case it would certainly be in the best interests of all, if they were both sent packing, the sooner the better.

I would appreciate any thoughts you may have about this.

Also, I was hoping that you might put a prominent link to it, on your site.

Thanks for your time, efforts, and consideration!

Thanks for writing.  Nancy Grace and Diane Diamond should investigate Rush.  They would get to the bottom of this!

"We ended the rule of one of history's worst tyrants, and in so doing, we not only freed the American people, we made our own people more secure." —George W. Bush, Crawford, Texas, May 3, 2003 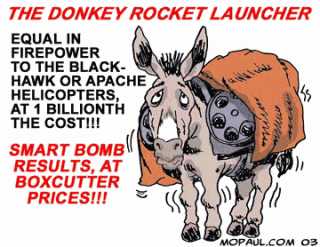 The Medicine Conservatives Can't Swallow
Washington Post - 11-25-03
... Such as Rush Limbaugh, who called prescription drugs "a manufactured Washington-politician
problem to advance the expansion of government." Only this time, he ...

Abizaid: Attacks on US Soldiers Are Decreasing
Washington Post -  11-25-03

BAGHDAD, Nov. 25 -- The top U.S. military commander for operations in Iraq said on Tuesday that attacks on American forces had declined significantly since troops began aggressive counter-insurgency operations across the country two weeks ago.

"Asses and Donkeys Now Being Seen on Both Sides."

The only difference? Theirs have four legs.