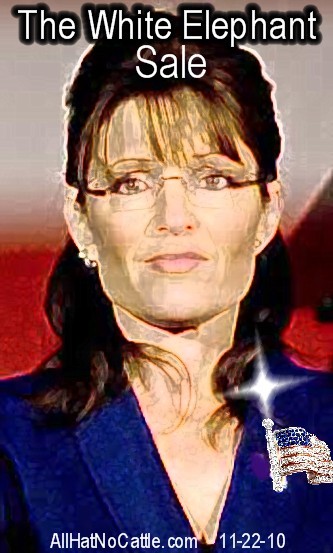 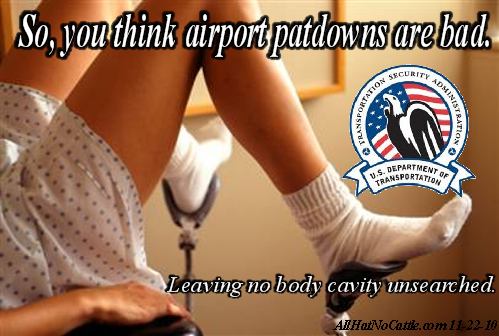 U.S. Defense Secretary Robert Gates is sharpening his warnings about consequences for the United States if the Senate fails to approve a new nuclear arms treaty with Russia.

Gates had blunt words for Republicans holding up the treaty. Without it, he says, money that Republicans want for a modernization of U.S. nuclear weapons is "very much at risk." 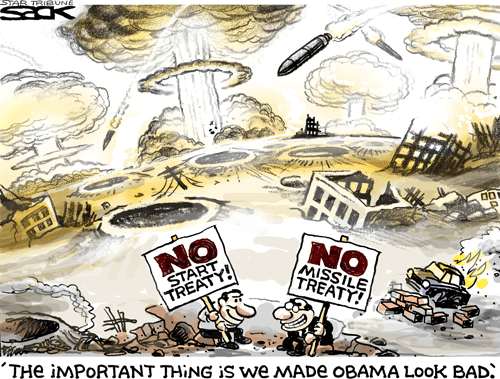 TSA: Feeling Us Up To Keep Us Safe

How did an agency created to protect the public become the target of so much public scorn?

After nine years of funneling travelers into ever longer lines with orders to have shoes off, sippy cups empty and laptops out for inspection, the most surprising thing about increasingly heated frustration with the federal Transportation Security Administration may be that it took so long to boil over.

"George W. Bush's famous 'Mission Accomplished' banner may be put in his Presidential Library. They plan to hang it up as soon as they start construction." –Jimmy Fallon 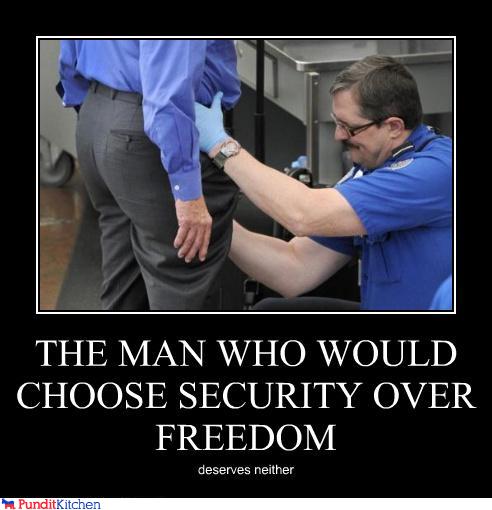 Wasillans have a practiced eye for federal dollars; when Ms. Palin was mayor, she hired a lobbying firm that reeled in $25 million in federal earmarks for a city of fewer than 7,000 residents. 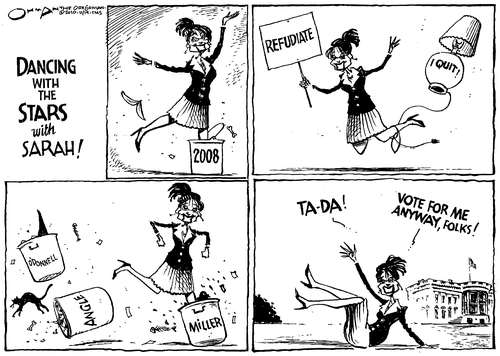 10. It's one, long run-on sentence
9. Lists her favorite things to gut
8. In 2008, she voted for Obama
7. She plagiarizes the stuff George W. Bush plagiarized in his book
6. Averages six "You betcha's" per page
5. In high school, was voted "Most Likely to Serve Half-Term As Alaska's Governor"
4. Comes with a caribou jerky bookmark
3. There's also an edition that's been translated into English
2. Explains why they call her Baba Booey
1. Palin recently worked as a Tina Fey impersonator

In Portugal, Obama pointed out that his dog, Bo, is a Portuguese Water Dog. That’s a good way to make friends — “Hey, you know who’s just like you people? My dog.” - Jimmy Fallon 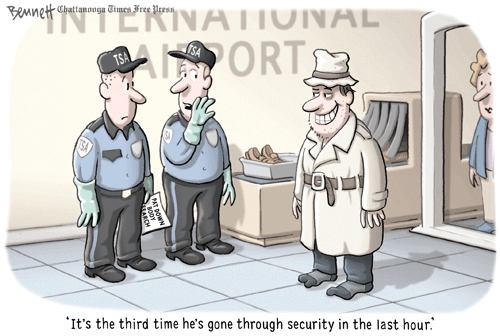 President Obama said that GM’s comeback will become “a success story” of the recession. GM said it wants to thank those who made its recovery possible: Toyota’s brakes, Toyota’s steering, and Toyota’s accelerators.- Jimmy Fallon

GM On The Rise

The rising tide of General Motors Co.'s IPO lifted most boats Thursday, but not all — especially not the shares of crosstown rival Ford Motor Co.

"The Situation from 'Jersey Shore' just shot a PSA with Bristol Palin about safe sex and abstinence. Wait, they wanted to do a psa about not having sex and getting pregnant and they chose The Situation and Bristol Palin? Who's doing their anti-drug campaign, Lindsay Lohan?" –Jimmy Fallon 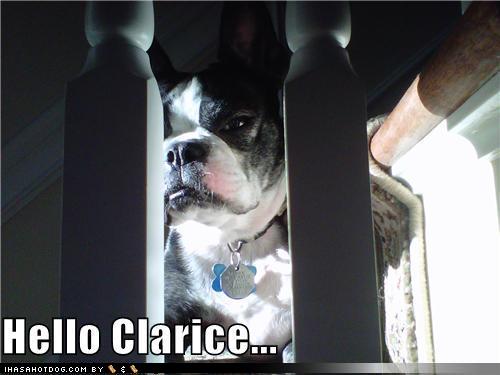 Thank you Larry and Mary.