I wish I could attend the rally but I will be watching it on the T and V.

Nearly 18 billion dollars earmarked for reconstruction in Afghanistan remain unaccounted for, ...The audit addresses fiscal years 2007 through 2009, but the problems go back to 2002 when the United States began funding Afghan reconstruction, because "much of the data available from the agencies prior to 2007 was too poor to be analyzed,

The Valerie Plame movie is coming out and I look forward to seeing it.

Why hasn't Obama gone after those who outted her? I'm angry about it.

And I'm angry the Treason Think Tank Thugs are possibly going to be in control of Congress. They did so well the last time they were in charge.

So is lying us into the Iraq war.

Obama may fight those battles in his second term.
If the Republicans gain control of Congress they will impeach Obama, just like they did Clinton.

Only this time they will remove him from office, with a strong possibility using "second amendment remedies", as Sharron Angle, the Tea Party candidate from Nevada suggested.

During the Bush administration, political leadership of the Civil Rights Division illegally made career hiring decisions based on ideology, a Justice Department report concluded.

"There was a tornado warning in Washington D.C. yesterday. It was pretty spectacular when the White House landed on Christine O'Donnell and her feet curled up." -Jimmy Fallon...

Thursday's "Morning Joe," Joe Scarborough and Katrina vanden Heuvel, editor of The Nation, got into a heated debate about President Obama's relationship with progressives.

I understand that for Halloween, Meg Whitman is dressing up as the governor of California. It could be her last chance. - Jay Leno

An Air Force Academy survey found that 41 percent of cadets who identified themselves as non-Christian said they were subjected to unwanted proselytizing at least once or twice last year. 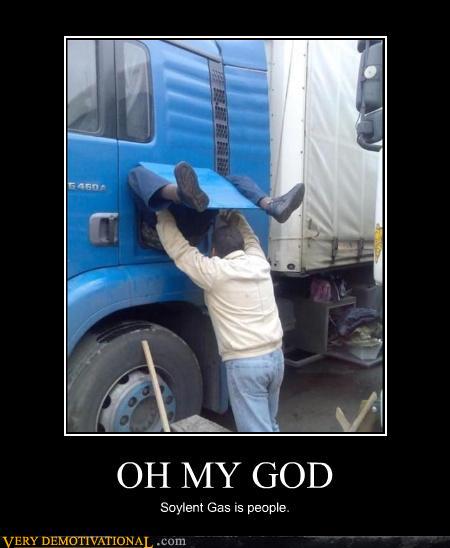 A court just ruled that voters in Arizona don’t need to show proof of citizenship at the polls next week. When asked about the ruling, some said they were on the fence — while many said they'd just hopped over it.- Jimmy Fallon

A Boot to the Head ... From Michael Moore

Congratulations to China. They now have the world’s fastest computer. Just imagine what they could do if their people were allowed on the Internet. - Jimmy Kimmel

Getting Felt Up With The Hand Slide Method

The Transportation Security Administration is changing the way it pats down passengers at airports — moving from the screener's traditional hand pat to more of a hand-sliding motion, a law enforcement official said Thursday.

Will The Restoring Sanity Rally Out Number Glenn Beck's Rally?

Exactly what Jon Stewart and Stephen Colbert have planned for their Rally to Restore Sanity and/or Fear has been a closely held secret. But a schedule has been released showing that the event is likely to be less of a political call-to-arms and more of a comedy-and-music variety show.

I hope you had a good time today.

I hope you have a peaceful Halloween.