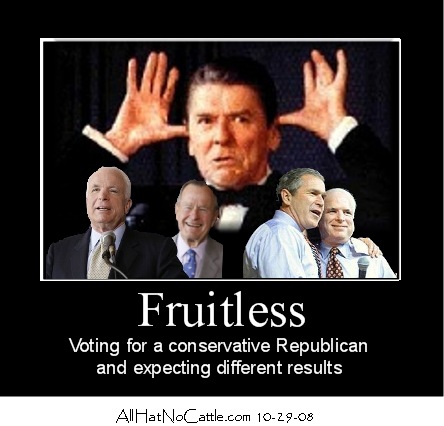 A vote for McCain/Palin is a vote to drive into the future using your rear-view mirror.

Your Tax Dollars At Work: Paying Mercenaries For Protection

At least 310 private security companies from around the world have received contracts from United States agencies to protect American and Iraqi officials, installations, convoys and other entities in Iraq since 2003, according to the most comprehensive accounting yet of the secretive and weakly regulated role that private firms have played in the conflict. 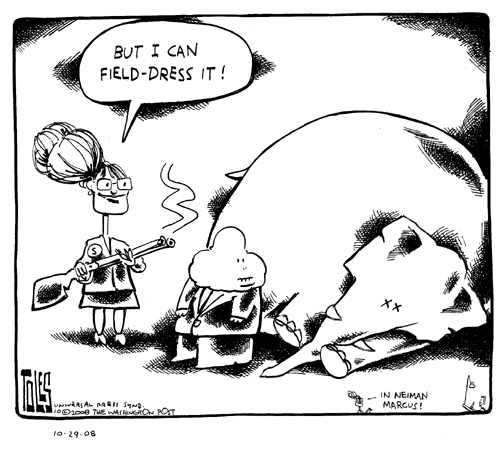 An American school and cultural center in Syria remains open despite a Syrian government order to shut down.

The order was made in retaliation for a deadly U.S. military raid this weekend. 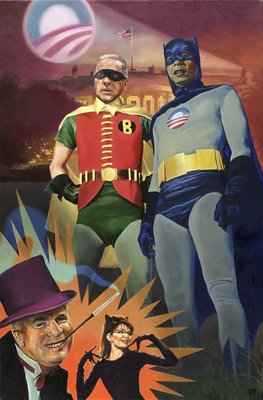 "With Halloween coming this weekend, they say not one person in the country is planning to dress up as Governor Sarah Palin. You know why? ... The costume costs $150,000." --Jay Leno

In a survey of 408 Marines and sailors, Dr. Michael A. Wilson found 64% used some form of tobacco: 52% smoked cigarettes, 36% used smokeless tobacco and 24% used both. In contrast, the national average for tobacco use is 29.6%. Wilson found the rate of tobacco use is higher now among U.S. troops in Iraq than was found in a 2004 survey of troops returning from the war.

Former Pennsylvania Gov. Tom Ridge: "I think the dynamics would have been different in Pennsylvania" if he and not Sarah Palin had been the vice presidential nominee. "I think we'd be foolish not to admit it publicly."

"Guilty on all charges. Sen. Ted Stevens is 84 years old. He could get three weeks or life, whichever comes first." --Jay Leno 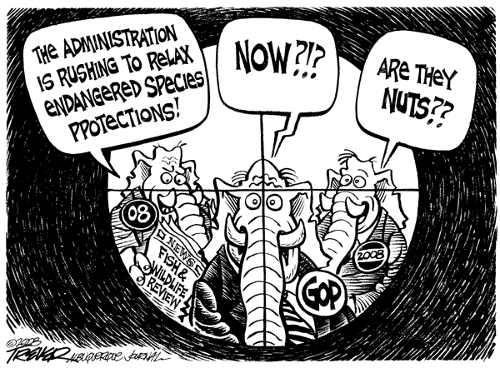 Judgment Day With The Palins

Palin and hubby Todd...explained how they size people up on outdoor expeditions in Alaska: "It's like Plato said, 'You learn more about someone in an hour of play than in a year of conversation.' We've had people that Todd has ended up hiring [for his commercial fishing business] based on how they did out on a hunt or a snow machine ride with us to see if they are going to complain. Are they going to buck up and realize that you have to make the best of the circumstances you're in? It's a good kind of testing ground for people," says Palin.

"Sorry to disappoint the liberals who tuned in tonight to gloat about Obama's lead in every poll, but I am not worried. McCain may be behind, but the man is a fighter. He doesn't know the meaning of the word 'quit.' He used to, but it was stored in the same part of his brain that remembered to vet his running mate." --Stephen Colbert 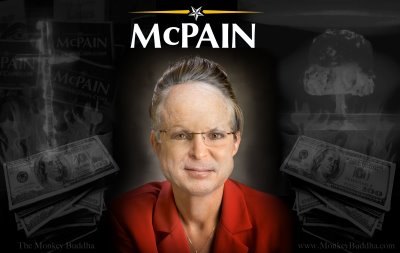 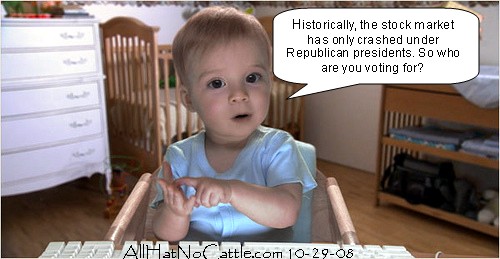 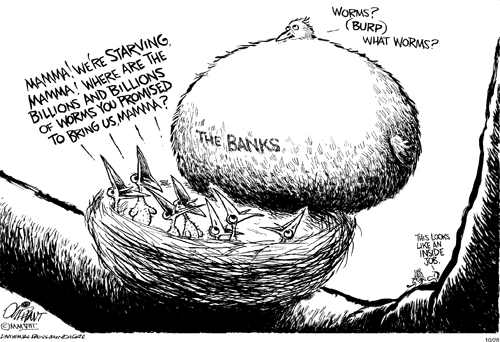 An unarmed Baltimore man was taken into custody by Secret Service agents yesterday after he jumped the 10-foot fence outside the White House, authorities said.

I really hope you had a good time today! 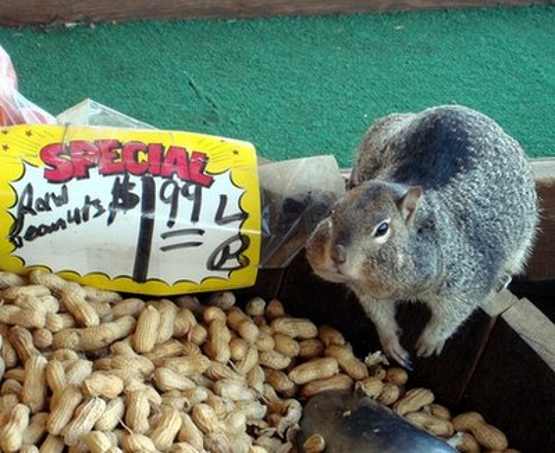 A squirrel feasts on raw peanuts at a produce stand in Davis, Calif., in this Oct. 23, 2008 photo.
Photo by Knute Fisher