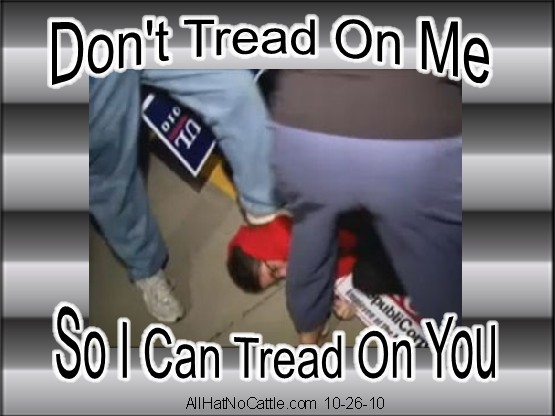 A white man  stomping on a Demoncrat female in Kentucky will probably get you a 5-10 point bump in the polls. The Republicans know their game.

"Following Williams' firing, several leading Republicans including Newt Gingrich, Mike Huckabee, and Sarah Palin, accused NPR of censorship and called for Congress to cut off federal funding for NPR. So in case you were wondering how much Republicans hate NPR, they're siding with a black guy named Juan." –Seth Meyers 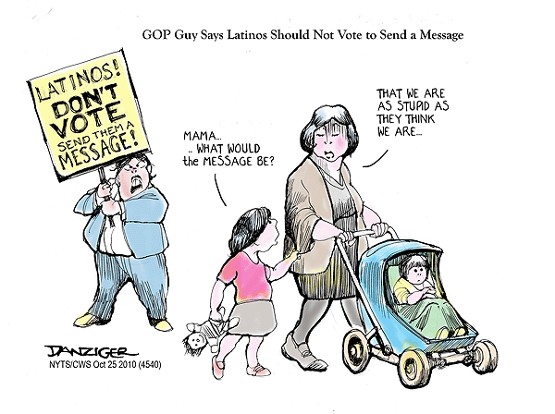 An international watchdog group says Afghanistan remains the world's second most corrupt country, and Iraq is not far behind.

Randy Quaid and his wife were arrested in Canada. Still no word on Osama bin Laden, but we got the Quaids.- David Letterman 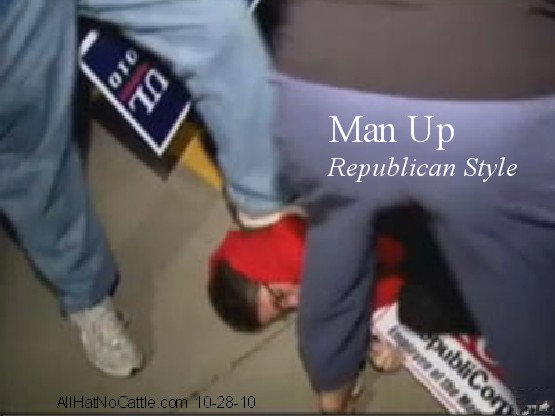 George Bush's book "Decision Points" comes out November 9th. Amazon should consider bundling it with "My Pet Goat." - Will Durst

An equipment failure disrupted communication between 50 nuclear missiles and the launch control center at Warren Air Force Base in Wyoming over the weekend, although the Air Force says it never lost the ability to launch the missiles.

Seven former U.S. Air Force personnel gathered in Washington  to recount UFO sightings over nuclear weapons facilities in decades past – accounts that a UFO researcher says show extraterrestrial beings are interested in the world’s nuclear arms race and may be sending humans a message. 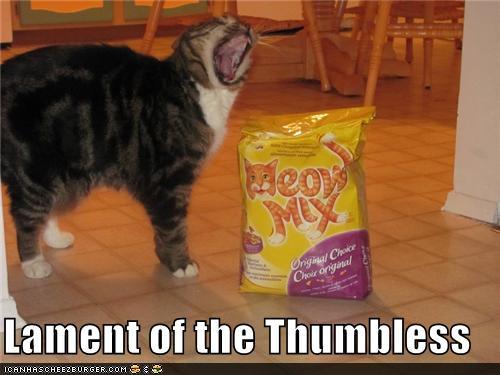 "Last night on 'Dancing With the Stars,' Bristol Palin came out dressed in a gorilla costume. They say this is the closest a member of the Palin family has ever come to acknowledging evolution.” –Jimmy Kimmel 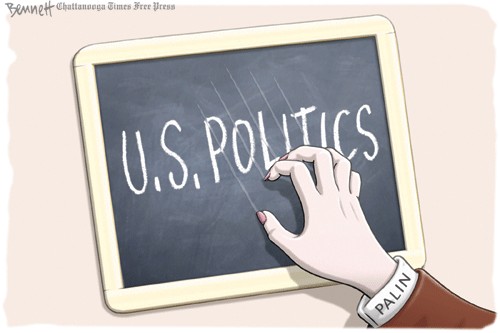 Paul the psychic octopus from the World Cup is dead. He was stomped to death at a Rand Paul rally. - David Letterman

The Nevada Republican Senate candidate on Thursday referred to the phrase she used in the only debate of Nevada's brutal U.S. Senate race.

"According to news reports, Christine O'Donnell's father used to play Bozo the Clown. It must be weird when your father is a grown man dressing up like a clown, and you're the embarrassment in the family." –Jimmy Fallon

Integrity is a concept of consistency of actions, values, methods, measures, principles, expectations and outcomes. In western ethics, integrity is regarded as the quality of having an intuitive sense of honesty and truthfulness in regard to the motivations for one's actions. Integrity can be regarded as the opposite of hypocrisy, in that it regards internal consistency as a virtue, and suggests that parties holding apparently conflicting values should account for the discrepancy or alter their beliefs. 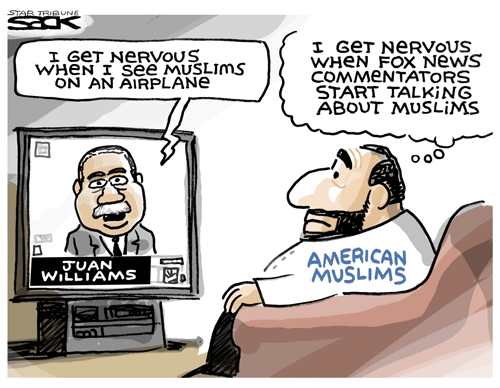 Cablevision Systems Corp said on Monday it has provided U.S. regulators with "clear evidence" that Fox Networks' parent News Corp had negotiated in bad faith, leaving more than 3 million homes blacked out to some of their favorite Fox shows and sports.

The judges were raving about Bristol Palin on “Dancing With the Stars.” Her mother must have threatened to shoot someone.- Jimmy Kimmel

I have returned to my sweet home in Alabama.

The pecans cracked and popped underneath my car as I

drove under the canopy of the 60 foot trees after a long 15 month absence.

It was music to my ears.

The past 10 days have been a roller coaster of emotions that I have never experienced before.

A week ago Tuesday, the day after I arrived in Fort Lauderdale, I embraced my son for the first time in 26 months. As I held him I whispered in his ear, "We're both alive and that is all that matters." We held our embrace for several minutes, crying, completely oblivious to the airport foot traffic around us.

All that happiness helped tremendously in dealing with my mother's Alzheimer's.

That and having American fast food.

It is so good to be home.

U.S. companies are hoarding almost $1 trillion in cash but are unlikely to spend on expanding their business and hiring new employees due to continuing uncertainty about the strength of the economy, Moody's Investors Service said on Tuesday. 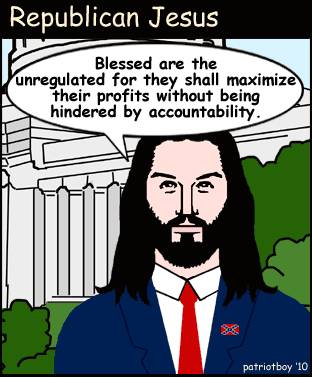 The man Dick Cheney shot in the face on that hunting trip like four years ago says that Cheney has never apologized. Hey pal, join the club. The rest of the country is way in front of you. - Jay Leno 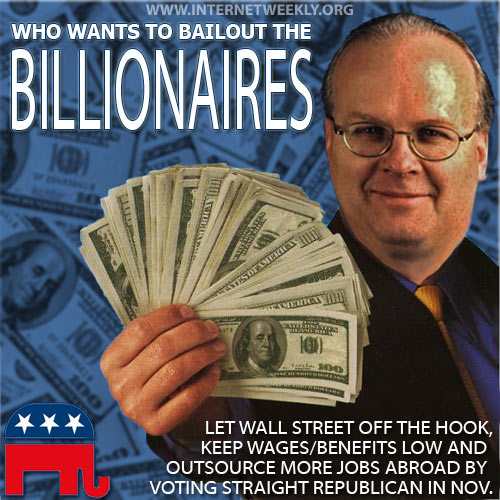 Air New Zealand will soon offer seats for couples that can be converted into beds. And you thought it was annoying when the couple next to you talked the entire trip. - Jimmy Fallon 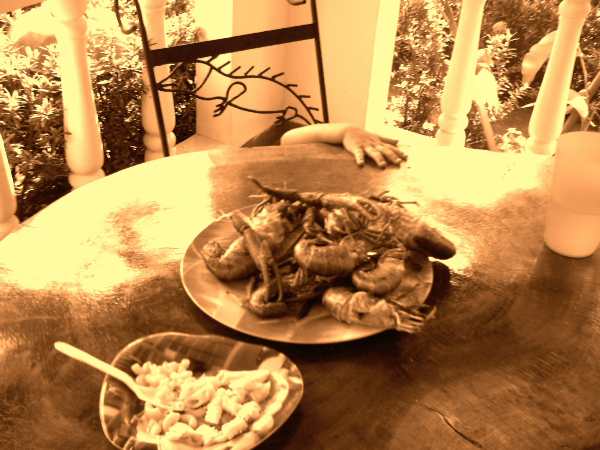 This was some of my going away party food a week ago Sunday on my veranda. Those are river shrimp from nearby Rio Seco caught by a friend of mine. My Costa Rican "son" Jeffery grilled them. That tiny hand belongs to "Yamma", the terrific two year old son of Jeffrey. In the picture below my other Costa "son" Pollo is saying PEACE and PURA VIDA to you all. He made the table and chairs in the photos. He is a wonderful metal artisan and just returned from studying the past three months in the south of France. For some reason my digital camera, held together by a rubber band is now taking photos in sepia tone. 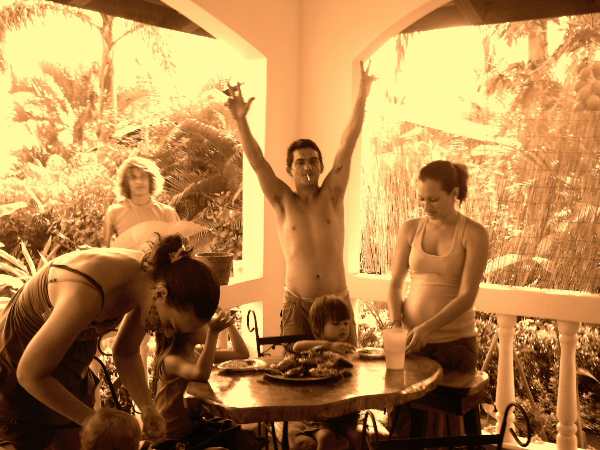