Thank you, fabulous viewers, for all of the entries.  Click here to read all of the other terrific entries!

...Your court-ordered AA attendance sheet is brand-new and blank

...Your dealer is on speed dial. 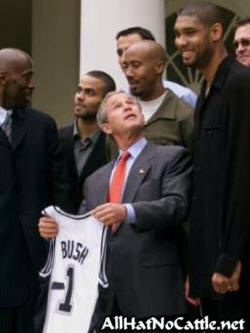 "The White House now has a big PR campaign to convince the nation things are going well in Iraq, but their slogan is not the best: 'This is not your father's Vietnam.'" —Jay Leno

Just recently 'discovered' your website. What a refreshing, funny, insightful way to get political points across. I am enjoying it tremendously. Thanks.

Thank you! We are always at your service to help you digest the unrighteous right.

The devil and Miss Jones
Guardian, UK - Oct 17, 2003
... Now Rickie Lee Jones is squaring up to a far more
public enemy: the American president himself. She tells Simon ...

I think my pal Rickie Lee is a great American.

Nonviolence is the greatest force at the disposal of mankind. It is
mightier than the mightiest weapon of destruction devised by the ingenuity of man.

"On the Christian Broadcasting Network, Pat Robertson said the State Department should be blown up with nuclear bombs. I guess he just asked himself: What Would Jesus Do?" —Jay Leno 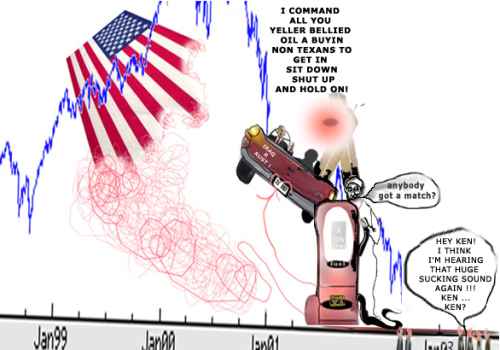 "Rush Limbaugh, addicted to pain killers, went into rehab and he has been in there about three or four days. He is doing unbelievably well and, in fact today, he announced his engagement to Elizabeth Taylor." —David Letterman

U.S. President Shrub explains why his 2004 re-election is absolutely certain and positively guaranteed. 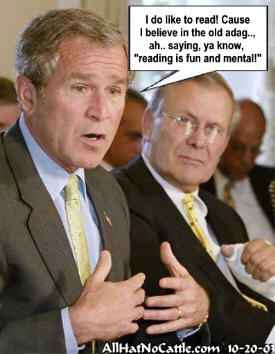 Have you noticed that Robert Novak's teeth have gotten bigger?  Maybe his teeth have grown instead  of his nose? Or maybe he bought a cheap pair of choppers?

"I don't want to hear stories about first experiences experimenting with alcohol. It is the story of the last drunk that is usually the most interesting and entertaining."  - Anita Beer sitting in Zelda Morgan's Java, Jazz and Juju Cafe. She just can't stop flirting with the new bartender.

Click here for BIG FATTY RUSH GETS REST AND REHABILITATION 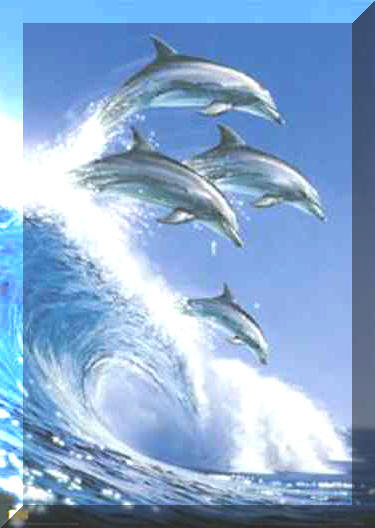 Dolphins surfing and looking for weapons of mass destruction.