"I tell you, it's cold all over the East Coast. And did you see those blizzards all over the place? The whole country was so white the Republicans thought they were back in charge again." --Jay Leno 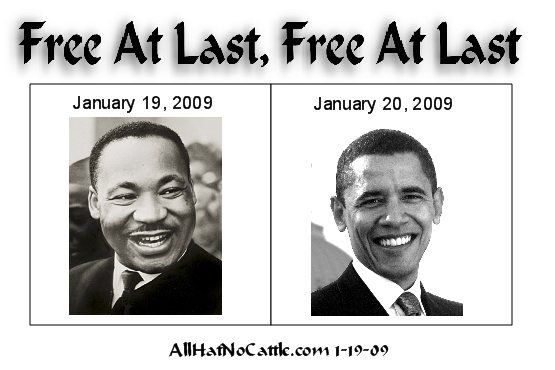 Israel plans to pull all of its troops out of the Gaza Strip by the time President-elect Barack Obama is inaugurated Tuesday, but only if Hamas militants hold their fire, Israeli officials said.

"Bush will leave January 20th. Yes. Will it never get here? Cheney, meanwhile, said, "I'll leave when I damn well feel like it." But that's another story." --David Letterman 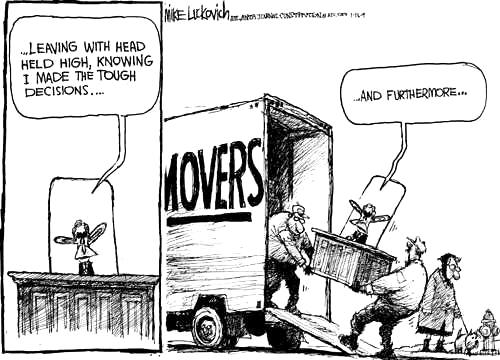 As George W. Bush spends his final days in office, a national poll suggests that two-thirds of Americans see his presidency as a failure.

"Incoming press secretary Robert Gibbs said President-elect Barack Obama will allow gays to serve openly in the military. So the days of 'Don't Ask, Don't Tell' are over. Actually, that's not quite true. Congress will continue to use the phrase when referring to the bailout money. 'Don't Ask Us What We Did With It, We're Not Going To Tell You Where It Went.'" --Jay Leno 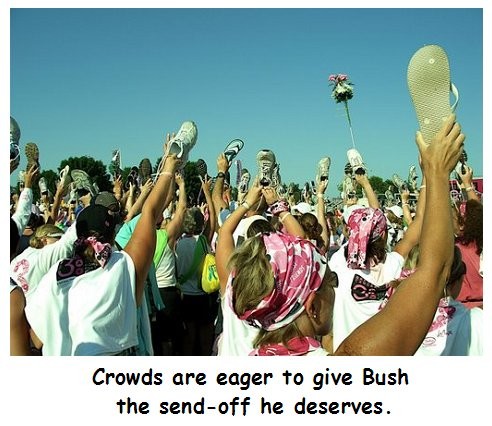 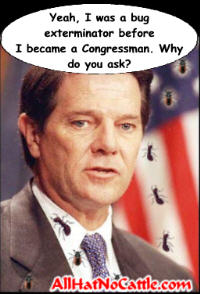 If Obama were "serious" about changing Washington, DeLay said, "He would announce to the world: 'We are in crisis, we are at war, people are losing jobs; we are not going to have this party. Instead, I'm going to get sworn in at the White House. I'm going to have a nice little chicken dinner, and we'll save the $125 million.'" 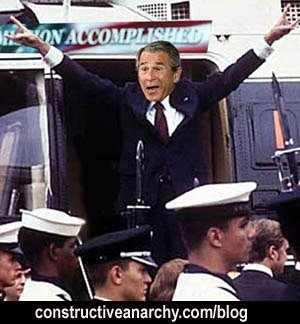 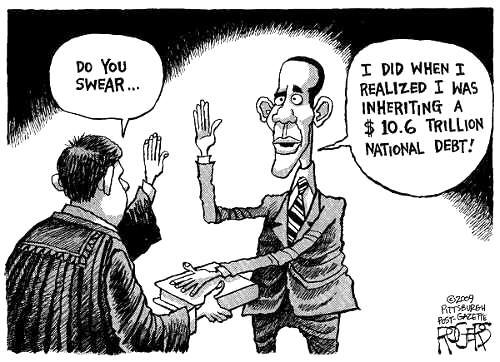 Still Crazy After All These Years

Venezuelan President Hugo Chavez said on Saturday Barack Obama had the "stench" of his predecessor as U.S. president and was at risk of being killed if he tries to change the American "empire."

The worst inaugural addresses ever LiveScience.com 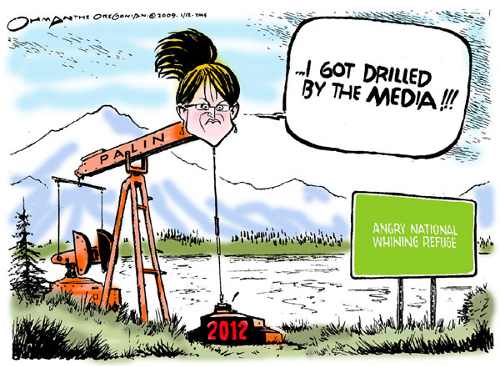 I suggest this Bush memoir title: “The Compete Idiot’s Guide to the Presidency.”  - Laugh Lines

The Secret Service is reassuring Americans that should a “bird strike” occur, Air Force One is also equipped for water landings. At which point Obama will simply walk to safety. - Laugh Lines 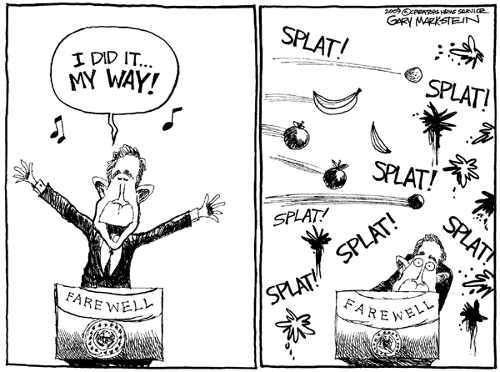 "President-elect Barack Obama plans to close Guantanamo, you know, the big holding center, the big prison, the interrogation center in Cuba. He is going to close that down. And Dick Cheney - I thought this was interesting - Dick Cheney said, 'Oh, fine, sure, I'm going to buy it and turn it into a vacation home.'" --David Letterman

George W. Bush is already working on his autobiography (ghost-written by Karl Rove): I Don't Walk, I Swagger 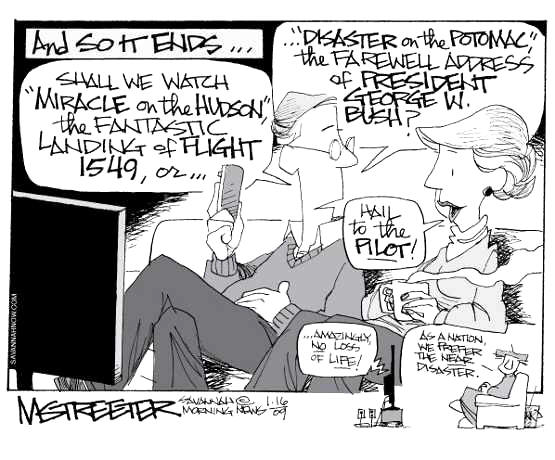 The Good, The Bad and the Ugly

The Good: This morning, my 22 year old son called from China and he is doing fantastic

The Bad:   The salmonella producing peanut butter factory is a hop, skip and a jump from my home

The Ugly:   I ate several packages of peanut butter crackers on Saturday (no ill effects, yet!) 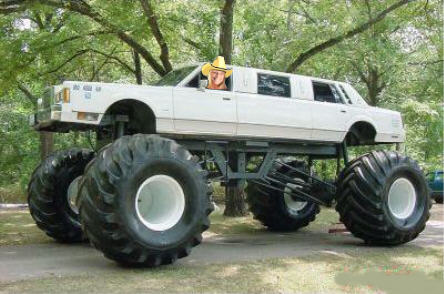 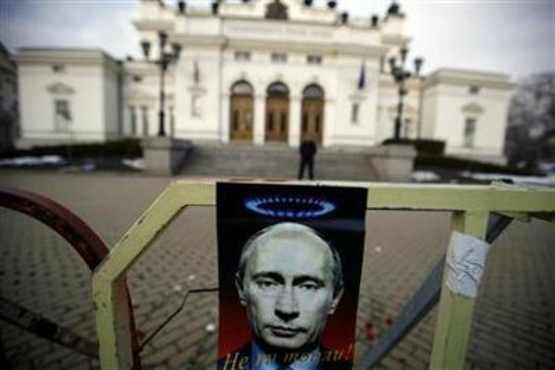 A picture of Russia's Prime Minister Vladimir Putin with a halo of gas flames and a text reading 'That doesn't warm us' is placed on a security fence outside Bulgarian Parliament building during a protest in Sofia January 18, 2009.
Photo/Stoyan Nenov