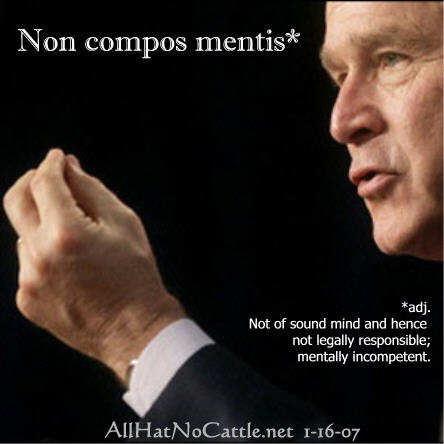 Non compos mentis is the only reason we would sell any military weaponry to Iran.

Discuss on the blog

The President and Vice President are making it abundantly clear that nothing can stop their global sodomy. Secure your arses, everyone. -- Grant Gerver, www.seriouskidding.com

I Love Being KO'd

If he didn't make so much as host of MSNBC's Countdown, Keith Olbermann might be asking some very prominent lawmakers for speechwriting fees.  That's because he's becoming the go-to guy for antiwar rhetoric. And, we're told, Olbermann's show-ending "special comments" have been entered into the Congressional Record at least twice.

BUSH ENCOURAGES al-MALIKI TO ‘HANG IN THERE’

Maybe if we give "the new way forward" enough rope, it'll hang itself. -- Grant Gerver, www.seriouskidding.com 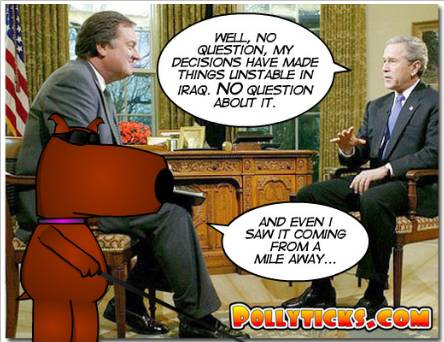 The second-in-command for the Federal Emergency Management Agency during its much-criticized response to Hurricane Katrina started a senior job at NASA this week.

Patrick Rhode, who was chief of staff and deputy director of FEMA under Michael Brown, was hired as a senior advisor to NASA Administrator Michael Griffin on communications issues, NASA spokesman David Mould said.

The hiring of Rhode, a former television reporter who was an advance man for the 2000 Bush-Cheney campaign, was made by the White House and Griffin together, Mould said.

Although 70% of Americans are against sending in more troops, the President reasons: "I owe it to the other 30%." 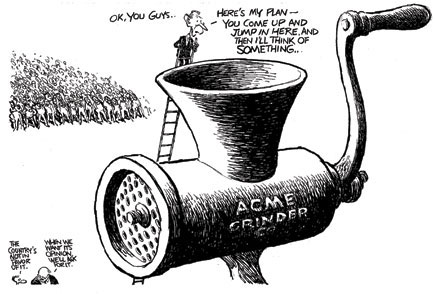 I’ve finally figured out George Dubya’s philosophy: If you can’t solve a problem, make it bigger:


If you can’t solve a problem, expand it.
Demand an enlargement. Command it.
What else could explain
Dubya’s bellicose reign
Of great terror and shame? Please disband it.

Please visit our advertisers and sponsors. They are only a click away.

Of course, "Johnny Mac" McCain stands behind the president. It's called a "neocolonoscopy." 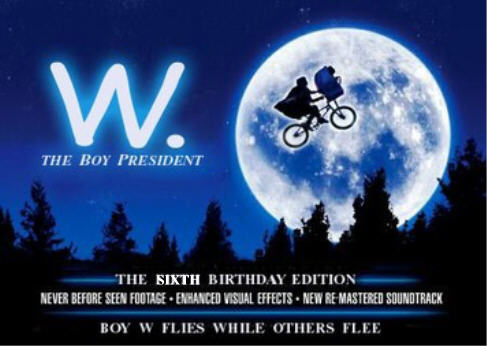 Did you have a good time today?  Please donate to All Hat No Cattle. 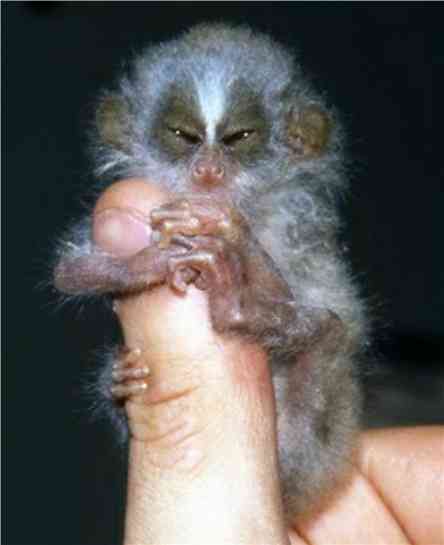 A baby Slender Loris is seen in this undated handout image released by the Zoological Society of London on January 15, 2007. Scientists launched a bid on Tuesday to save some of the world's rarest and most neglected creatures from extinction. With an initial list of just 10, including a venomous shrew-like creature, an egg-laying mammal and the world's smallest bat, the programme will give last ditch conservation aid where to date there has been little or none. (Photo/Zoological Society of London)